Boy, Age: 5
Region: Eastern Europe
Primary Diagnosis: Craniofacial disorder, Deaf / HoH
Congenital cleft of the hard and soft palate with a one-sided cleft of the upper lip on the left. Moderate mental retardation. Bilateral conductive hearing loss.
$27.00
has been donated towards the cost of my adoption!
Inquire About This Child
2022 MACC Eligible, Available to Large Families, Available to Older Parents, Available to Single Fathers, Available to Single Mothers
Wayne has had surgery to repair the cleft lip and palate. He will be having orthodontic treatment and possible surgery on his nose in the future. His hearing was tested in June 2021 and it was determined that he has mild hearing loss of 10/15 decibels bilaterally.

His physical development is on track for his age. He walks, runs, kicks a ball, climbs, etc. His fine motor skills and speech are delayed. He has delays in his intellectual development and has difficulty with focus and attention. He attempts to communicate using non-verbal gestures and sounds or emotions. He is not aggressive and does not have any behavioral concerns. He was recently moved from a large orphanage into foster care, where he is learning new skills. He is completely toilet trained.

Update September 2022: Wayne continues to make developmental progress.
He follows verbal instructions. His speech is still delayed, but he does well identifying colors, objects and answering simple questions with pointing and gestures. He can make some animal sounds and attempts to mimic other sounds. He appears to understand everything said to him. He does have a documented mild hearing loss and a repaired cleft lip and palate. Wayne feeds himself with a spoon, can dress and undress himself independently and is independent with toileting. He can arrange objects by color, shape and size. His developmental skills continue to improve.

Videos from September 2022 show him identifying objects, answering questions (with pointing and making noises), following simple instructions, playing appropriately on playground equipment and with toys and interacting with the adults on the playground. 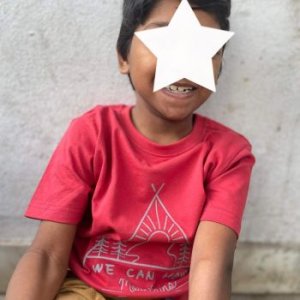 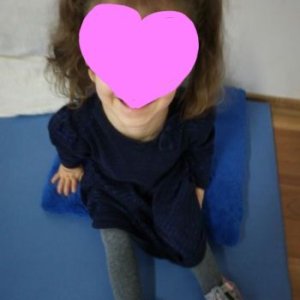