Boy, Age: 8
Region: Eastern Europe
Primary Diagnosis: Spina bifida
Spina Bifida; Hydrocephalus: shunt placed: Slight paraplegia of lower limbs; Left kidney agenesis; Vesicostomy.
$1,057.50
has been donated towards the cost of my adoption!
Inquire About This Child
2022 MACC, Available to Large Families, Available to Older Parents, Available to Single Fathers, Available to Single Mothers
Julian enjoys playing with toys. He is well attached to his caregivers and responds to them when they talk to him. When he is happy, he responds by making noises and clapping his hands. His report indicates that when held by the hands, he will take steps.

Julian sits on his own while supporting his weight on his hands. He uses his hands to change his posture and move his body. He stands in the walker. He actively grabs and manipulates toys and objects, tries to use them as intended – shakes to produce sound, pulls the string of a musical toy. Visual-motor coordination is slightly impaired. 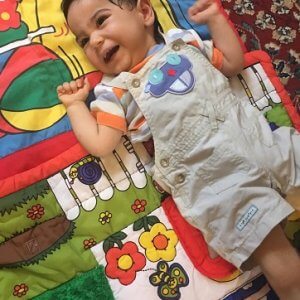 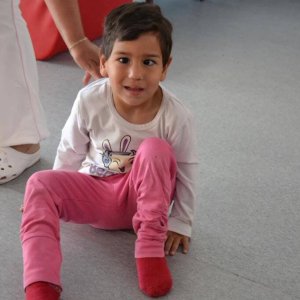