Boy, Age: 4
Region: Eastern Europe
Primary Diagnosis: Hydrocephalus, Spina bifida
Spina Bifida, hydrocephalus-shunt placed
$1,525.00
has been donated towards the cost of my adoption!
Inquire About This Child
2022 MACC, Available to Large Families, Available to Older Parents, Available to Single Fathers, Available to Single Mothers
Danny loves being in the playroom at the orphanage. He plays with toys and gets very excited when adults interact with him. He enjoys listening to music. He participates in therapy each day to work on learning new skills.

UPDATE August 2022: He pulls to a stand in his crib. He crawls using his arms to drag his lower body (“army crawl”). He has a lot of upper body strength. He participates in group activities. He plays with toys. He pushes the buttons on toys, “dials” a toy phone, etc. He follows simple directions. He says a few simple words. He responds to his name. He enjoys listening to music. He eats from a spoon and drinks from an open cup. He tries very hard to be more mobile, despite his lower paralysis. As a result, he has broken a bone in one of his legs. The staff tries to keep him sitting in a chair where he can see everything going on in the room and participate in activities, without risking further injury to his leg. He interacts with other children sitting around him. 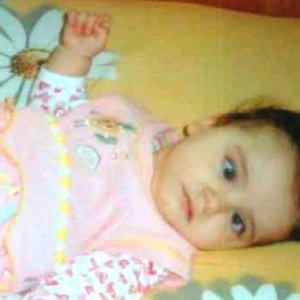