Boy, Age: 12
Region: Eastern Europe
Primary Diagnosis: Epilepsy/ seizure disorder
Intercranial trauma (surgery done at 11 months for it), mild-moderate delays, seizures
**** I am eligible for a $5000 Older Child Grant ****
Grant funds depend on available funding; the link above, shows the current available amount!
To inquire about this child, email childinquiry@reecesrainbow.org ***
Available to Large Families, Available to Older Parents, Available to Single Mothers
Updated 2022:  When he was 11 months old, Brogan was abused and suffered a traumatic brain injury. He has weakness on the left side of his body as a result. His gross and fine motor skills are slightly uncoordinated. He walks, runs, and navigates stairs independently. He’s worked extensively on fine motor skills and can now write and draw more purposefully. He can talk, though he has some expressive language delays, particularly with articulation. He can answer basic questions. He will use pointing and gestures as needed to communicate. He is becoming more confident with his speech and expressing his thoughts and opinions verbally.  He is very empathetic and helps care for younger children. He has a great desire to learn and will ask a lot of questions in order to gather information on a topic of interest. He tries very hard to learn new skills, but is aware of his delays. As a result, he prefers to play and interact with younger children. He has numerous self-help skills and is learning to perform all the household activities and tasks in the foster home where he currently lives.

Original posting from 2017:  Brogan is amiable, friendly, at times is too enthusiastic. He cooperates with others; participates in group activities; He shows that he is proud with his achievements; often searches for the approval of the adults and insist to make things independently. He likes role games and pretend games. Brogan easily memorizes and reproduces what he learned and his attention is more sustainable and focused. Because of that he is secure in his expressions and does undertake initiative in the learning process. He likes to impose his opinion in the game and to be a leading figure, but agrees with the opinion of the others as well. He willingly communicates with the others, without too much physical closeness, and seeks approval of his foster parent. His understanding corresponds to his age and environment. He is able to lead a dialogue with others and is empathetic towards others. When communicating with others he uses non-verbal methods as gestures and mimics for better communication. He has some vocabulary is working on that. He knows his first name and his age. He understands and uses the specifications for emotional states, features of the character, for himself and others as well. He loves to listen to tales or stories, expresses interest towards the pictures in the books. He can tell overall if he likes certain story or not. He has established perception of his body structure. He has developed feeling of good and evil. He has developed a sense of justice. He is more patient. He has vast desire to explore the world around him and is constantly asking questions until he receives a satisfactory answer. He demonstrates care for the others and his foster parent.

He loves to play with car toys, constructors, to listen to music and dance. He enjoys independent and group games with peers. He had surgery at 11 months old for inter-cranial trauma. He shows mild to moderate delays and occasional seizures if ill or upset. 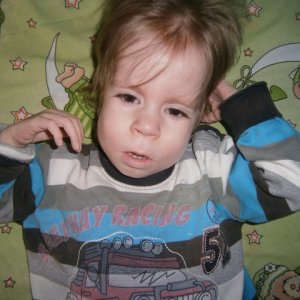 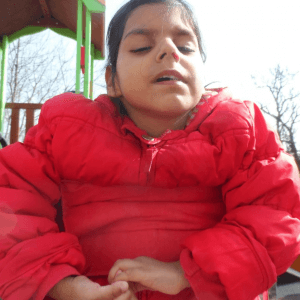