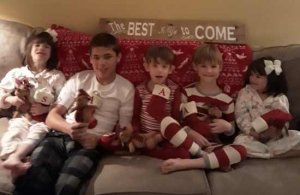 This will be Dennis & Cindy’s 4th Adoption. They met their “CHRISTmas Miracle” in December of 2016. He came over with a group of other children through hosting. He has been coming to their family now for 4 years. They have sent him back to his orphanage 7 times, waiting to be able to begin his adoption. It is now his time to come Home. 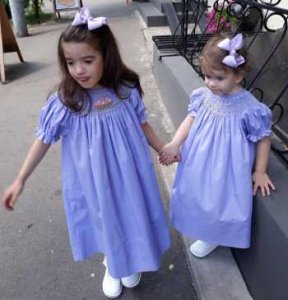 Cindy just returned from Eastern Europe with their daughter’s Alyna & Anya; biological siblings who had never met until Cindy brought them out of their Orphanages on June 26, 2020. On July 7th they landed in America. Alyna also came to them through a hosting program when she was just 6 years old, in 2018. When they committed to adopt Alyna they found out she had a baby sister. She was called “Baby Surprise”. Alyna also came back to them in the Summer of 2019 for 3 months. one of the hardest experiences they ever had was to put their tiny little one back on a Plane to return to her Orphanage, just like their son. God kept telling Cindy, I brought them to you, you have to return them so I can bring them back Home to you. And this is exactly what He did. He brought them Home. Through a Border Closing, Quarantine and Virus, God moved, did Miracles and brought their girls Home.

They were never looking to Host. How God brought their children to them through Hosting, He unfolded His plan and He provided each time for them to come to America. With their son He even made the decision. Another incredible Story of how Our Father brings about His Plan, they have also Adopted Abraham & Sarah in 2014, Ayden in 2017. Many know of the Miracles with these precious little ones. Little Adalyn, their little one in Russia now 9 years old is still in an Orphanage in Russia due to the Ban in 20212. They were with her for a week and the Judge was trying to get them back in 2 weeks for Court, but sadly the Ban became Law a week after they returned Home in December of 2012. They still Believe, Hope, and Trust. They also have 8 incredible Biological children 41 to 24 and 11 Grandchildren.

They already have Immigration Approval which they received when they were Adopting their little girls and unfortunately he could not be Adopted then. So now they are trying to push quickly through paperwork and raise all the finances to bring him Home.