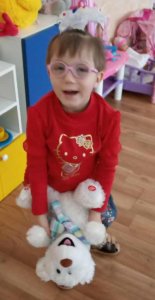 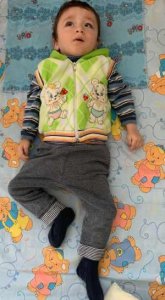 Abbey and Evan met while attending graduate school in Philadelphia 6 years ago. After starting to get to know each other, they discovered they shared an unlikely connection of wanting to one day care for a special needs child. Abbey worked professionally in a 1-on-1 setting with children with special needs, and Evan grew up with a younger brother with Williams syndrome and an aunt with cerebral palsy. They were married in 2016 and agreed that they would eventually adopt a special needs child, perhaps one day when they had a small family they could bring them into.

Three years later at a time when Abbey and Evan were talking a lot about having children, Abbey discovered Reece’s Rainbow after speaking with a colleague about their desire to adopt. After reading more and learning of the pressing need for adoptive parents for special needs children, Evan and Abbey had a conversation of “Why not now?” Shortly thereafter Abbey discovered a little boy with cerebral palsy waiting to find his forever family. Both Abbey and Evan fell in love with his smile, and they knew they couldn’t imagine putting off adoption any longer. 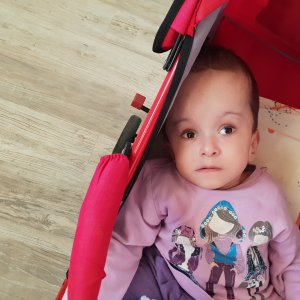