Boy, Age: 9
Country Code: LA-4
Region: Latin America
Primary Diagnosis: Global developmental delays
global developmental delay, microcephaly
$2,340.05
has been donated towards the cost of my adoption, including $115.00 from MACC donations!
Inquire About This Child
2022 MACC, Available to Single Mothers
Robert is a sweet boy who loves to smile and has a contagious laugh. He happily greets his friends with a double high five and fist bump. Sometimes, he will also jump up for a big hug after.

He understands English as well as his native language. He can say a few words but often only speaks with people he knows well. He communicates non-verbally like with hand gestures and responds appropriately to yes/no questions by nodding his head. He comprehends everything but is a bit inconsistent with how he responds to directions. Some times this depends on the space he is in or the situation. For example, fast transitions are often a challenge for him so he may freeze until you give him the time to complete the task on his own.

His favorite place to be is playing outside. He will often choose to play on the swing, zipline or trampoline. He has been practicing kicking and throwing balls too.

Robert enjoys school. He has mastered drawing circles, tracing shapes, and writing his favorite letter “O.” He can write other letters too though. He also has one on one time for school to practice his letters and numbers. He gets really excited to show off his projects from school and when you compliment him.

Robert is gentle with younger children/babies and children with special needs. He loves to engage with them by singing or dancing with them and will try to hold them. He is such a happy boy with so much potential! We are praying his family finds him soon! Video available. 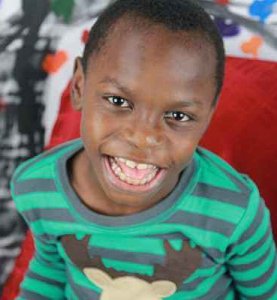 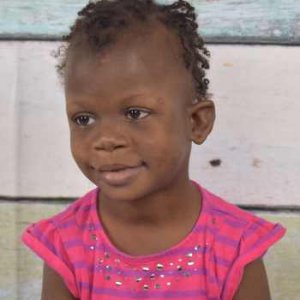