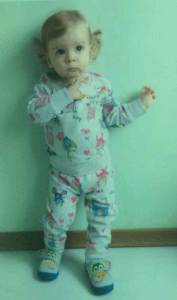 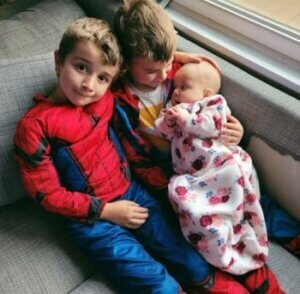 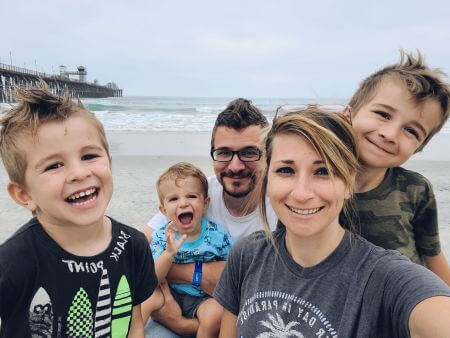 Benjamin and Danielle are high school sweethearts who are about to celebrate 12 years of marriage! They have four children; Oliver (6), Grayson (4), Owen (2) and Madelyn (3 months)!

Benjamin and Danielle started the journey to adopt when their firstborn was a year old but weren’t sure exactly what that would look like. Just days after they signed up for foster care orientation they found out they were pregnant with their second. They felt as though this was God telling them to wait. A couple of years later, they lost their third child through an ectopic pregnancy. This left a hole in their hearts and a longing to hold a child they never got to meet face-to-face. They decided that this was God’s way of leading them to pursue adopting again. They met a local foster care agency in their state but were told that the age range was too narrow (they wanted to keep birth order). This didn’t make sense to them as they were told of the high need of adoption in their state but they felt this was God’s way of saying to wait and to help support others who were in the process of adoption.

Another two years went by, and after the birth of their third son, Danielle came across a picture of a little boy on Reece’s Rainbow. They didn’t think they were going to pursue international adoption but Danielle felt a push to send the link to Benjamin anyway. After sending the link, Danielle prayed right then that if this boy was who they needed to bring home, Benjamin would know that right away and lead their family to him. As soon as Danielle spoke with Benjamin again, she asked him “Do we go get him?”. Without hesitation, Benjamin replied, “Someone needs to.” And in that moment, their pursuit of little “B” began.

Benjamin and Danielle have experienced some hardships and life changes in the process of getting “B”, including the unexpected loss of a job due to covid mandates and the need to move across country. With much joy, the adoption of their son was finalized overseas at the beginning of April! All that is left to do is to complete a homestudy update to get their travel dates! They are seeking to fundraise travel expenses- the last little bit before “B” is finally with his family!