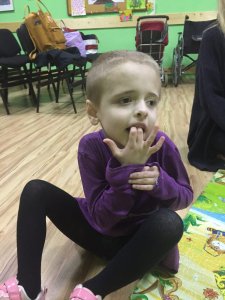 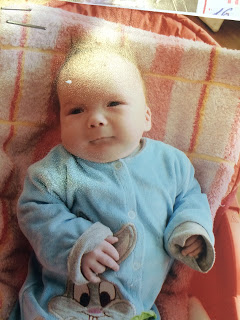 Sara and Shandon have been married for 17 years. Together they have 4 biological children. Aged 25, 22, 13 and 2. Shandon is a truck driver and Sara a stay at home mom. Sara had always known that she wanted adoption to be a part of her future since she was young. Her and Shandon had discussed it many times through the years, but had never felt it was the “right time”. The right time came for them in the spring of 2020 when began their adoption journey.

While scrolling through facebook posts Sara had come across a post sharing a story of a child adopted out of an orphanage, entitled “What love can do”. After reading through the post, she found Reece’s Rainbow and began reading through the pages of children in need of a family. Night after night she would go on an see all the little faces, and it made her heart ache. She had not really thought of international adoption before, however, she felt like this was where she belonged and that god had brought her here for a reason.

Her first commitment was made that summer, when she found a little boy she knew was meant to be her son. Sara and Shandon discussed the process and decided they were 100% ready to jump in and get this little one home.

A few weeks went by and she came across another post on facebook shared by Keshia Melton, called “see me Saturday”. And that is when she saw her daughter. She had seen the bio of this little one before, and had gone back to it so many times, it seemed to keep popping up almost daily, reminding her that she was still there, and waiting. She could not get this little girl off of her mind, and there came the second commitment.

Anyone who knows Sara and Shandon know that they are givers, it is not in their nature to ask for help. But the cost of international adoption is expensive, and something that they will need help with. They have had multiple yard sales, can drives, Sara makes ornaments, and Shandon has been selling paintings. They understand that times are tough for everyone right now, but are asking if you can donate to help bring these kiddos home they would appreciate it, any amount helps. If you can not donate monetarily, they ask that you share their story. They believe strongly in the power of prayer, so they ask that you join them in prayer that these 2 little ones are safe and protected until they can make it to them.