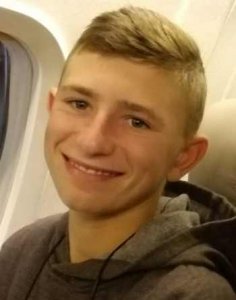 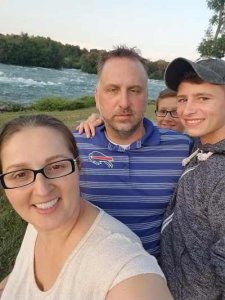 The Lewandowski family are in the process of adopting an aged-out boy – or two – from Eastern Europe.

Growing up in a Ukrainian blue-collar family, Natalia always had a heart for those who were in need. Living and volunteering in Ukraine and the USA for multiple church and community services gave her opportunities to reach out to those who were living below the poverty level such as the elderly and people with disabilities. There was something special about Ukrainian orphans though that was always on her mind over the past 2 decades: orphanages are meant to provide shelter, clothes, and basic nutrition, but cannot ever be a substitute for real FAMILY.

Kevin and Natalia hosted a 16-year-old boy during the summer of 2019. It was not an easy summer, but it gave them a chance to feel an orphan’s emotional pain and trauma. Kevin and Natalia understand that it may take a lifetime to help their son learn to cope with the physical and emotional trauma caused by institutional and parental neglect. The other boy they are considering was also hosted but his family, after deciding to adopt, was not able to proceed. Other families that had been interested in this boy assumed he was being adopted, and by the time the family discovered they could not proceed, it was too late for another family to do anything because he had aged out.

Raising funds for a teenager’s adoption is not easy task, but both Natalia and Kevin strongly believe that they were called for this adoption and God will provide by using people’s hearts and hands. Please consider teaming up with this family in this financial challenge that will change ONE orphan’s life, or maybe even TWO.