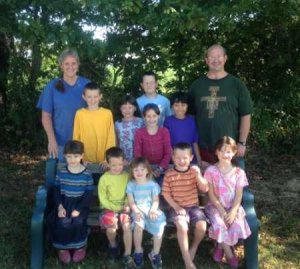 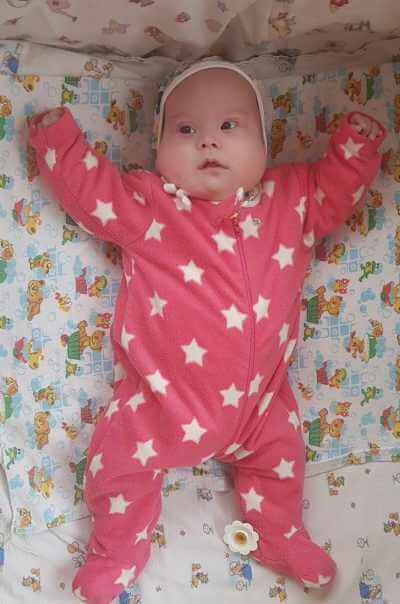 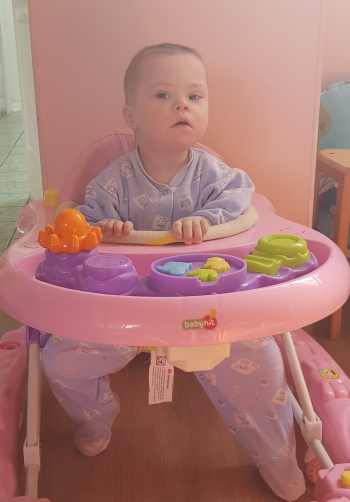 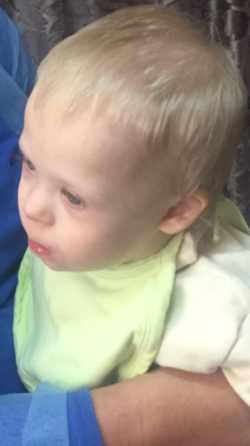 Doug and Adele met on a website, Catholicmatch.com! They were married a year later. Due to a cancer diagnosis early on before marriage, Adele did not know if she would be able to have children. Doug and Adele looked into adoption soon after marriage. Amazingly, within the first six months, a little boy was conceived, and so the adoption went on the back burner. After a second boy was born, they began the adoption process from China! Little Therese was a waiting child with “Lobster claw” syndrome and learning issues. She came along when she was two and a half years old, and joined the family! For the first six months, the Darnowskis did not realize that Therese was also hearing impaired. It was such a relief when they finally found out the diagnosis of LVAS and hearing impairment. It explained a lot! Seven more children came along after Therese. Among these were two sets of twins (back to back!) girls and then boys. God really has a sense of humour! Sometimes you really get what you pray for! They were extremely grateful for all of the amazing blessings that they knew they did not deserve. After a number of early miscarriages, and an empty place In their hearts, they attended the funeral of a little adopted boy with Down Syndrome who died of a severe heart defect, although his life expectancy far exceeded the doctor’s expectations. After talking to Max’s mother, and hearing that many of these children die alone in orphanages with no one to care at all, and after looking around the room at the funeral at all the love, and tears, and visitors and flowers offered for little Maximilian, the Darnowskis felt the tug to look into Reece’s Rainbow, and consider adoption again!