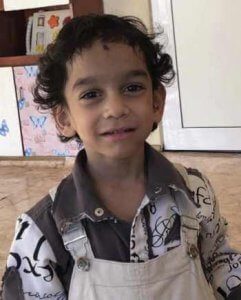 Colin and Kym have been married sixteen years and have nine biological children. Colin is a firefighter/paramedic and Kym is a homeschooling Mom.

Since even before they were married, Colin and Kym talked about adopting one day. It has always been something that was on their hearts. They had several friends who had adopted, and Kym followed their stories and their blogs and passed along their stories to Colin. They were always curious about what those friends had said of their adopted children: “I just knew that child was mine.” They wondered: “What did that feel like, to look at the face of a child half the world away, and to know that child belonged to you?” It was a mystery to them.

One day, Kym was sitting at the computer following still another adoption story, when up popped the face of a little boy staring right back at her. That face. Those eyes. She knew instantly what her friends had meant when they had said they “knew.”

The face looking back at her was her son.

She immediately sent a text to Colin and asked that he check out the little guy’s file. He too was moved. But they already had nine kids of their own – one still a baby – they had a family trip which had already been planned, and Colin was looking at leaving one fire department to go work for another. It wasn’t a good time.

Three months later, when life was a bit slower, Kym asked Colin if he ever thought of that little guy. Without saying a word, Colin pulled his phone from his pocket, turned it on, and showed her the Reece’s Rainbow page that had been opened all that time. “I’ve never closed the file. I look at him every day,” Colin said quietly. And then he said, “I think we need to bring him home.”

Obviously, the budget is tight when you’ve got nine kids eating you out of house and home, so Colin simply trusts and prays daily: “God, I’m just a lowly firefighter with a firefighter’s salary. If this is supposed to happen, You’re going to have to come up with the money to make it happen.” And so far, GOD HAS PROVIDED! For every piece of paperwork, document submittal, or fingerprinting appointment, God has provided them with the exact funds they have needed to pay for those things at the time they have needed them.

There is still so much to be done and more money to be found, but they have great confidence that all will come through at the time it is meant to, so they forge ahead and eagerly prepare their kids, their hearts, and their home, for the new little Fachling who will join them next year. 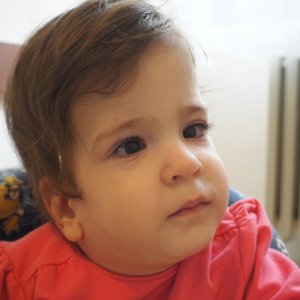