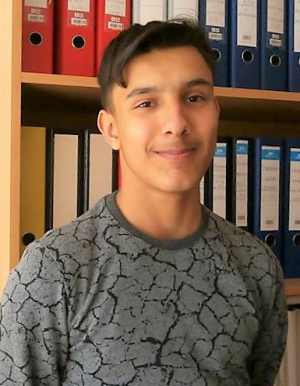 Bryan and Dana have searched for their son for five years, and they’ve [finally!] found him in Eastern Europe! The Lankfords began their journey in 2014 when they became dual licensed, foster to adopt parents in Dallas, Texas. They have loved on and provided stability to more than 20 children since opening their hearts and home, but the child they waited for eluded them.

During Thanksgiving 2017, Bryan and Dana saw a smiling, hopeful face on an international adoption website. They inquired and, less than a year later and after a whirlwind of paperwork and travel, they were overjoyed to become the proud parents of a happy, healthy, well-adjusted 16 year old Eastern European beauty who is the light of their lives. Yet there was an empty chair at the table.. the son who remained missing. They continued to search both domestically and internationally for him.

Mario is a 15-year-old Eastern European boy diagnosed with Epilepsy who will age out and become unadoptable in November, 2019. Mario has been listed on the international adoption register for the past six years. Six years of being passed over in favor of younger, healthier children; housed in an uncaring Bulgarian orphanage and then foster home in a remote, small town where his hopes and dreams fade alongside his chance of finding a loving family to call his own. Videos and photos show the light leaving his face as the years pass. Bryan and Dana have stepped forward for this precious child, confident that funds for his adoption can be raised before Mario ages out of the system and he loses his last chance for wholeness. Your donations are working miracles! Thank you from the bottom of our hearts.