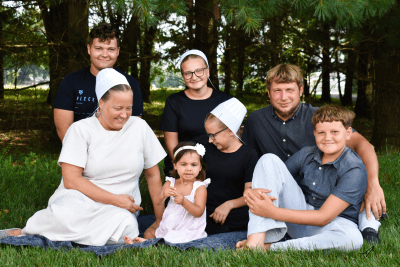 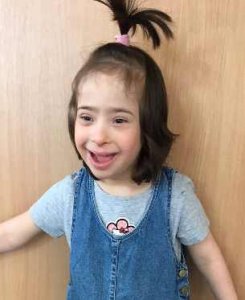 There is a reason why God doesn’t let us see the future. It would be so hard to wait for the good times and the hard times would be so unbearable to face! If Keith and Lori Troyer and their 4 biological children would have known what their adoption journey would be like when they started out they would have most likely said, “no way, we can’t do it!”

In the fall of 2018, they started the home study process, wrote their family profile and got on the National Down Syndrome Adoption Networks registry. They were also on a registry with Special Angels, which helped find homes for children with any types of special needs. A year later they were matched with a sweet baby girl who happened to have Stuve Weidemann syndrome. This very special little one was on oxygen, had a g tube, and was barely hanging on. Her prognosis was slim. With a lot of tears, singing and rocking together in the NICU, baby Elena got stronger and stronger and the Friday before Christmas in 2019 she came home for the first time. Thank you, Jesus!!

Keith and Lori still had that soft nudge every now and then, calling them to make room for one more. Could they manage? Elena was making huge progress, impressing her medical team and therapists. The older children were on board to bring another child home. They agreed that this time they would adopt a girl with Down syndrome, and after speaking with their home study agency, decided on Eastern Europe. The same day the USCIS approval came in the mail, a sweet little lady was pictured on Reece’s Rainbow. Through their placing agency!! After much prayer and family discussion they agreed that she was their girl and made the call to their wonderful case manager that they would like to move forward with adopting her.

The Troyer family is hoping to be traveling to pick up their new daughter this winter. They are so thankful for everyone who has helped them on their journey. 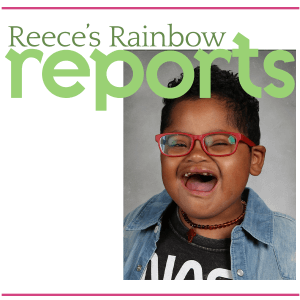 A CHILD for the Nealey family — MI
Scroll to top