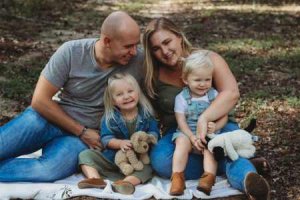 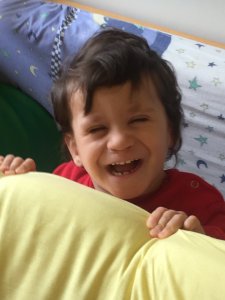 Hi! We are Jonathan and Melissa Pfenninger. We have two beautiful daughters named Ivy (4) and Elliott (2) and are in the process to bring home a third!

We did not start out the adoption process in your typical way. While very open to adoption, our plans were always to build our family through biological kids, begin being foster parents, and adopting later on. Of course, our plans often don’t go according to plan and ours changed in November 2019 when we first laid eyes on a girl while scrolling through social media. This little girl caught our attention not only because she needed a family but also because she has a medical condition we are very familiar with. She has Turner Syndrome (TS) which just happens to be the same diagnosis our oldest daughter Ivy has as well. TS is very rare, with only 1-2% of babies making it to birth. We both joked that we should adopt her and kept on scrolling as we normally do.

A week later, out of the blue, we both brought up to each other “the little girl with TS” who we just couldn’t get off our minds. We began to talk and pray seriously about what we could and should do. We both felt God calling us to make a move, whatever that may be. We talked about how, while not ideal timing, God had given us all the resources to be able to adopt. How could we know about her and not do anything? So we took a leap of faith and started the adoption process. We were still not 100% sure this is what God had in store for us but we believed that if this was the path we were supposed to take, it would be made known.

A couple months later, we thought we got our answer when another family was chosen to adopt Ivey instead of us. While we were sad and disappointed, we came to the conclusion that what we wanted for Ivey was to be loved and cared for and whether it was us or another family, she would be and we could be content in that. We talked about what to do now that we had started this process and we decided to make sure that we had everything in order so that if something happened and Ivey needed another family to love her, we would be ready.

Almost 10 months later we got a call that we were not expecting. Our agency was on the phone asking if we were still open to adopting Ivey! Almost immediately, we said yes. We had been praying for this little girl for almost a year now and have been loving her from afar. And now we were beginning to see God’s plan fall into place for her- us! There are so many emotions that go into an adoption but the resounding one is an overwhelming feeling of love for a little girl we haven’t even gotten to meet yet. We are excited (and nervous!) to embark on this adventure but cannot wait to see what God has in store for our family. 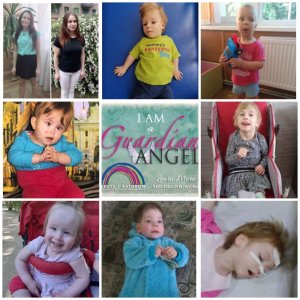