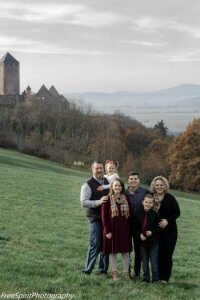 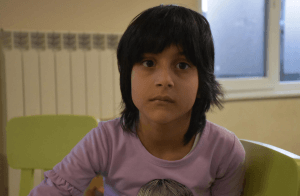 Jason grew up in Oklahoma and spent most of his life in Texas and Merilee is from Georgia. Their story didn’t begin until they met while working overseas in Tokyo, Japan. After falling in love and deciding they wanted to start a future together, they were married and began the hard work of blending their families. They now live in Germany and have four children at home.

Even before they met, Jason and Merilee had a heart for adoption. It was a calling they both felt whispering in their ears for many years. They believe God has always been working in the background of their lives preparing their hearts and minds for their adoption journey. In early 2020, Merilee found the Reese’s Rainbow website and began perusing the profiles of children around the world in need of a loving home. She ran across the profile of a teenager whose biographical information stated his adoption attorney felt “since he was not good looking” his chance of finding a home before aging out was slim. She shared this with Jason and they spent a lot of time talking and thinking about the fact that children are overlooked because they are literally not “cute” enough. They knew they didn’t have enough time to complete the process to be able to pursue this young man before he aged out, however, reading his profile was the momentum they needed to propel their adoption decision further.

After a few months of researching country programs and agencies, they settled on an agency and country and began considering their options between the traditional and waiting child programs. They were leaning toward the traditional matching option until their agency passed along the file for a young girl with special needs who was newly listed with the agency. They both had heard stories of adopted mothers and fathers talking about a moment of instant recognition when seeing their child for the first time. This is exactly the feeling they had from their first look at her photo and videos. They knew she was the one they were missing to complete their family.

If you find it in your hearts to help Jason and Merilee on this journey to welcome their daughter home, they will be forever grateful. There is no gift too great or too small to help them give this child something she has never had – a family of her own.