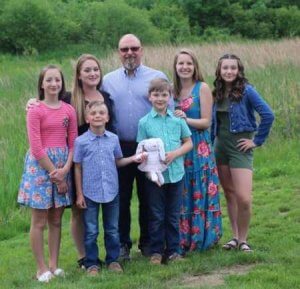 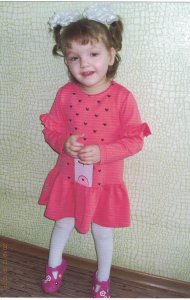 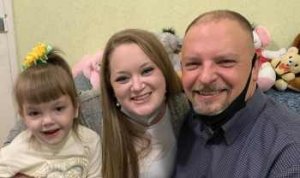 Adam & Kara met at church in late 2003 and became friends. They started dating in 2004 and married in 2005. Both wanted a family and saw that their shared faith and a strong relationship among the parents and children was important. Adam loves Kara’s passion for children and her focus on family. Kara thought Adam was also loving and good with the kids at church and with friends. One thing they appreciate about each other are their servant’s hearts and how they have a will and desire to help others whether spiritually, physically, materially, financially, or any other need that arises. Adam and Kara firmly believe that strength between the parents, helps create a firm foundation for a family.

Adam and Kara have considered adoption and opening not just their home, but also their family to another child for most of their marriage. Adam was raised by both parents and his oldest brother was adopted. Adam has a total of 4 siblings. Kara was adopted as an infant and was raised by both parents and when Kara was 4, they adopted her younger brother. Kara met her Birth Parents when she was 18 and maintained a loving relationship with her Birth Mother. Adam and Kara’s biological children were raised to see adoption as an amazing and beautiful opportunity for a family and a person who needs a loving family. It was obvious that their efforts were fruitful when they told the other children that they started the process to adopt. The children were all filled with joy and excitement and were brought to tears. They also immediately started to look for ways they could help with changing living arrangements, how their school and activity schedules could change, how they could help with fundraising, how they would protect and teach their new sibling, and many, many more topics.

The children in the Horbett household are such a mix of personalities and abilities. While all of the kids are different and can bump heads, they care for each other deeply. They will stand up for each other in social situations, and help each other when it is needed.  Their favorite family activities are movie nights- when we get pizza and snuggle up on the couch. They also all love to go to the neighborhood pool, where there is also a toddler pool that the new addition may enjoy playing in. The kids love sidewalk chalk, bike riding, playing on the swing set. The Horbett family is often found outside whenever the weather is nice, getting together with neighbors and friends and the family loves taking walks together.

The Horbett Family is eager to bring home their new daughter, and they are so appreciative of all of the support they have received from family and friends.