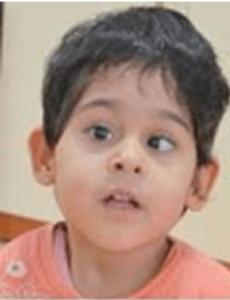 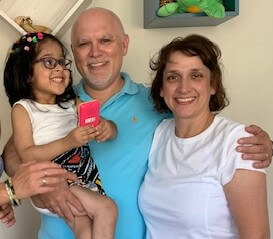 Corey and Julie met in a department store thirty years ago. Julie was the clerk and Corey was shopping with a mutual friend. The story goes that the minute Corey laid eyes on Julie he knew she was the one. For Julie, she thought he was out of her league. He left the counter that day, tormented himself for a few hours of how to ask her out, and returned to courageously face the acceptance or rejection. Their first date was a disaster…Julie had an emergency appendectomy and Corey thought he was stood up. But that was thirty years ago. Before the birth of their five children, the loss of one, and the adoption of their little girl from China. For as long as Julie could remember, she always wanted to adopt; to make one less child an orphan…to be the mother of a child who needed one. Life isn’t about finding comfort for oneself, it’s about serving others, and our calling is to provide a home and loving family to a child in need.

Julie saw the picture of “Betty” on Rainbow Kids one month after returning home from China with their daughter. As you can imagine, Corey was a bit in shock of the timing. But when you see your daughter, it doesn’t matter that you just got off the roller coaster of adoption paperwork, immigration approvals, and a 20-hour flight. Julie wrote the adoption agency and asked if she was still available. Two months after that call their new home study was complete. They met their little girl, Matilda, in August and just as fate took Corey to that department store that day, they knew fate had flown them to her country and introduced themselves as her Mommy and Daddy. They hope to fly back and bring their little girl home in the next three months.

$415.00 has been donated towards the cost of our adoption!