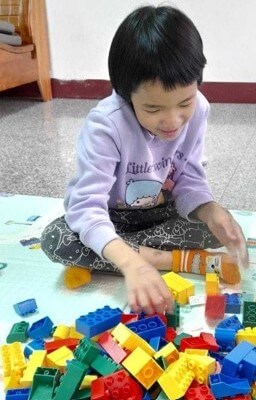 Girl, Age: 7
Country Code: Asia.2
Region: Asia
Primary Diagnosis: Epilepsy/ seizure disorder, Global developmental delays, Thalassemia
$0.00
has been donated towards the cost of my adoption!
Inquire About This Child
Joyce LOVES to sing and dance!  Her favorite sing along songs are “Baby Shark”, “Cagabrie Island” and “Jasmine”. Joyce also enjoys riding on a motor scooter because she enjoys looking around at the sights and feeling the wind in her hair!

Those who know Joyce say she has a gentle personality. She likes to act cute and will become lively around familiar people. Joyce has a good relationship with her foster parents and gets excited when their 7 year old grandson visits on the weekend. They get along well and play with each other for hours.

Joyce presents with global delays and has Epilepsy and Thalassemia.  It is suspected she has ADHD.  Joyce attends OT and PT sessions. Joyce attends special education classes at elementary school and an afterschool class. She is making progress with her language skills and can respond to questions with single words.

Are you a family that can support Joyce with growing her language skills? Enjoy singing along to nursery rhymes with her? 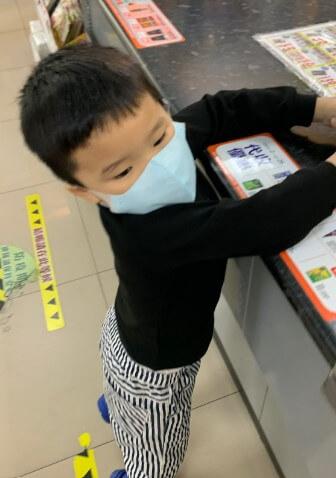 Boy, Age: 5
Country Code: Asia.2
Region: Asia
Primary Diagnosis: Autism, Global developmental delays, Thalassemia
$0.00
has been donated towards the cost of my adoption!
Inquire About This Child
Jonny ADORES listening to his foster mother play piano and excitedly jumps around to the beat of the music! After she finishes a song, Jonny will place her hands back on the keys to express his desire for her to play another song. Jonny also enjoys playing with toys that make sounds and light-up, coloring with his 11 year old foster brother, riding his tricycle, and building with Jenga blocks!

Jonny has a good relationship with his foster family. His foster parents describe him as active and outgoing. Jonny is not shy around strangers or new surroundings.

Jonny has autism spectrum disorder and global delays. He also has thalassemia.  Johnny attends weekly speech therapy and OT sessions. He is enrolled in special education classes at pre-school. At home, Jonny’s foster mother works with him to complete themed jigsaw puzzles to help him work on his fine motor skills and vocabulary. He recently completed a puzzle with various cars, and he is now able to identify a police car and fire engine!

Are you a family that has the time and patience to support Jonny with making further steps forward with his development?  Enjoy dancing to music? 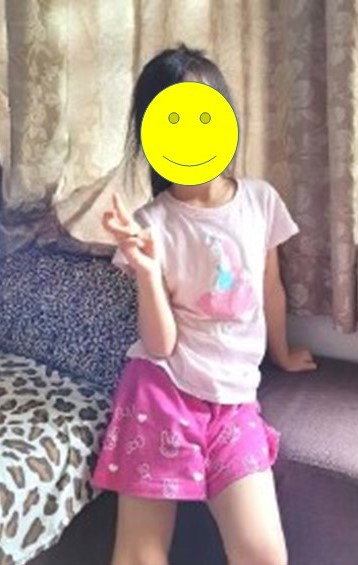 Girl, Age: 7
Country Code: Asia.4
Region: Asia
Primary Diagnosis: Global developmental delays, Thalassemia
Beta-thalassemia trait; ADD; low average intelligence
$2,271.00
has been donated towards the cost of my adoption!
Inquire About This Child
2022 MACC, Available to Single Mothers
Taylor was born to a mother who tested positive for Anthetamine and Methanthetamine at the time of her birth. She did not experience any type of withdrawal symptoms. The birth mother also smoked throughout pregnancy. Taylor was placed into government care due to her birth mother’s drug use.

When she was 4 years old, she was placed with a local family for the purpose of adoption. She lived with that family for 17 months. The family chose not to finalize the adoption. Taylor was placed in an emergency foster placement for 7 months and then moved into a permanent foster home, where she currently resides.

The previous foster family described her as “a happy and outgoing child who has a very good memory”. Her current foster parents describe her as “talkative, happy and polite”. She seeks out interactions with others. She can play alone appropriately, but prefers to play with other people. She is willing to share her toys. Her gross and fine motor skills are at the appropriate developmental level for her age. She talks in complete sentences and can answer questions and follow verbal instructions. She is diagnosed with ADD and has difficulty staying focused on activities, especially when required to sit still for longer periods of time. She will also “push the boundaries” to see what she can get away with. If she does not get her way, she will throw a “tantrum” to see if the adult will give in.

She is showing signs of the effects of the placement transitions that she has experienced in her young life. She often asks for permission to do even the smallest things. She worries that she is in trouble. The foster family reports that she says she wants to be good. She is seeing a clinical psychologist, who has begun preparing her for a permanent adoption placement. Interest families should be knowledgeable of the effects of trauma and disruption or be willing to obtain continual education on the topic during the adoption process. 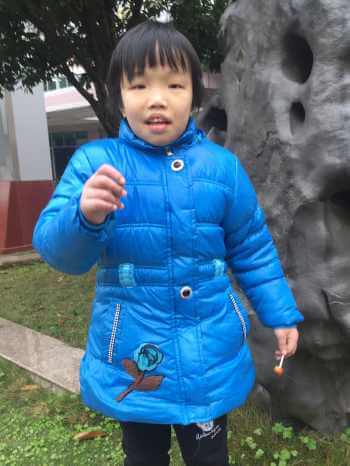 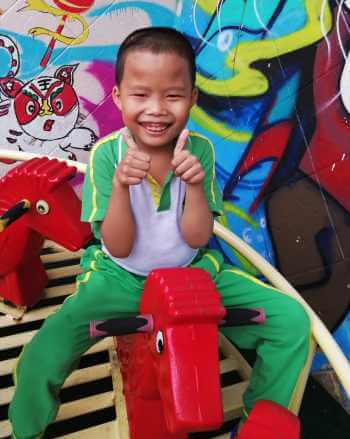 Boy, Age: 14
Country Code: Asia.1: This country is currently not actively processing adoptions, due to COVID.
Region: Asia
Primary Diagnosis: Thalassemia
Beta Thalassemia Major
**** I am eligible for a $5000 Older Child Grant ****
Grant funds depend on available funding; the link above, shows the current available amount!
To inquire about this child, email childinquiry@reecesrainbow.org ***
Available to Single Mothers
May 2019 Written Update:His mental ability is similar to other kids of the same age. He has thalassemia and needs blood transfusion every month. He has a good personality. He is quiet. He listens to the staff, and likes reading, painting, singing, and playing chess. He is well behaved. Duncan has no delays with gross motor or fine motor skills. He attends school. Duncan has a close friend at the orphanage. He knows how to care for others. His social skills are good and he gets along well with others.
———————–
“I love observing others in a big group of people and seeing others happy makes me happy. I am an easy kid who doesn’t need much to be entertained. I just like holding hands and feeling close to people. I’m a total lover, not a fighter! I always listen to what my nannies ask of me and I obey with a smile on my face. I’m gentle with my friends and treat all my belongings with care. People who know me describe me as sweet, shy, loving, happy, kind, and as a good listener.” This was written by volunteers who have gotten to know Duncan well over the years. What a gem of a kid! And don’t get us started on that smile….that smile that pretty much never leaves his face!

Duncan was born in January of 2009 with beta thalassemia major and is transfusion dependent. He needs a blood transfusion approximately every 3 weeks and he receives iron chelation daily. He is easy-going, obedient, and very happy. Unfortunately, Duncan has not been able to attend school outside of the orphanage due to his needs, but does receive schooling inside the orphanage. He knows how to count and can draw, color, and sing songs. Duncan is a polite boy who gets along well with all of his friends. A forever family and the medical care Duncan could receive in the United States would be life-changing for this precious boy!

There are several videos available.

There is a $4,000 agency grant for Duncan’s adoption with his current adoption agency. The Cooley’s Anemia Foundation is also giving a $1,000 grant for any child with transfusion dependent thalassemia. 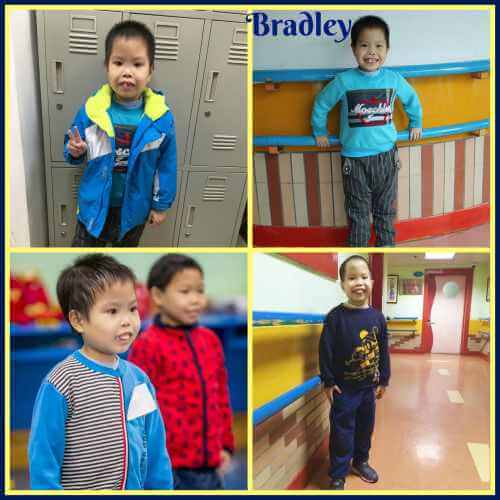 Boy, Age: 14
Country Code: Asia.1: This country is currently not actively processing adoptions, due to COVID.
Region: Asia
Primary Diagnosis: Thalassemia
beta thalassemia major
**** I am eligible for a $5000 Older Child Grant ****
Grant funds depend on available funding; the link above, shows the current available amount!
To inquire about this child, email childinquiry@reecesrainbow.org ***
Available to Single Mothers
Bradlee is a sensible and well-liked boy, born in August of 2008, who gets along well with the other children in his school and orphanage. He’s not always serious though, as he’s up for a good laugh anytime! Bradlee started attending school at the orphanage in September of 2015. He’s been taking language arts, math, art, music and PE. Bradlee’s teachers say he’s a good student and participates in class. At the end of the first semester of school, he received the “Star of Good Behavior” award! Bradlee is independent with dressing, bathing, and making his bed.

An adoptive mama and advocate has met this child, who she called Brett, and wrote this post about him: https://adoptingthalassemia.com/2018/04/19/smiley-brett/

When admitted to the orphanage Bradlee was initially diagnosed with a heart defect, but later ultrasounds showed it resolved on its own. Bradlee was born with beta thalassemia major and currently receives blood transfusions every two months, as well as chelation medication to treat iron overload.

It is clear Bradlee isn’t getting the care he needs or would get here due to the frontal bossing you can clearly see in the forehead area. If untreated or treated improperly, beta thalassemia major can cause the bone marrow to expand. Bone marrow is where most of the blood cells are produced in the body. The bone marrow expands because it is trying to compensate for chronic anemia. This abnormal expansion causes bones to become thinner, wider, and brittle. Affected bones may grow abnormally (bone deformities), particularly the long bones of the arms and legs and certain bones of the face. When facial bones are affected it can result in distinctive facial features including an abnormally prominent forehead (frontal bossing), full cheek bones (prominent malar eminence), a depressed bridge of the nose, and overgrowth (hypertrophy) of the upper jaw (maxillae), exposing the upper teeth. The affected bones have an increased fracture risk, particularly the long bones of the arms and legs. Some individuals may develop ‘knock knees’ (genu valgum), a condition in which the legs bend inward so that when a person is standing the knees will touch even if the ankles and feet are not.

Bradlee desperately needs to find a loving family soon- access to good medical care will be life-saving and life-changing for him!

There is a $2,000 agency grant for Bradlee’s adoption with his current adoption agency. The Cooley’s Anemia Foundation is also giving a $1,000 grant for any child with transfusion dependent thalassemia. 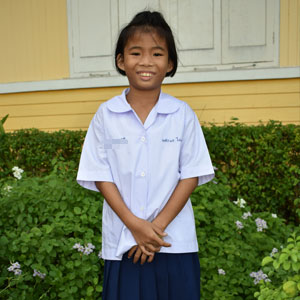 Girl, Age: 14
Country Code: SE.Asia.2
Region: Asia
Primary Diagnosis: Thalassemia
Poppy has been diagnosed with Thalassemia and receives monthly blood transfusions.
$2,603.42
has been donated towards the cost of my adoption!
Inquire About This Child
2022 MACC
Sizable Grants $2,500+
This silly and playful girl doesn’t like to be alone and prefers to be surrounded by friends. She likes to joke around and giggle. She has been to the beach and the waterpark and enjoys swimming. She loves chocolate milk. She is described as confident and independent by her caregivers.

Poppy has been in the orphanage her entire life. This silly girl needs a prospective adoptive family with excellent medical, educational, ESL resources, play therapy and have a good understanding of institutionalization and older child adoption.

Update 7/22:Poppy is a silly and playful girl who loves to draw and paint. She is very outgoing and is a leader among her friends. She gives affection to her best friends and doesn’t like it when her friends argue. She would like to be adopted and would love to have either a dog or a cat and someday visit the ocean. She is described as confident and independent by her caregivers. She receives regular treatment for her medical needs. She has been in the orphanage her entire life. Poppy is an outgoing child who needs an adoptive family with excellent medical, educational, ESL resources, and have a good understanding of institutionalization and older child adoption. Holt staff have met Poppy and are available to share their impressions.