Boy, Age: 8
Country Code: S.Asia.1
Region: South Asia
Primary Diagnosis: Spina bifida
Spina bifida of lower lumbar and entire sacral region. Hydrocephalus (with VP shunt) and Chiari malformation. Had operation to release tethered spinal cord. Is catheterized.
$4,002.50
has been donated towards the cost of my adoption!
Inquire About This Child
Available to Single Fathers, Available to Single Mothers
Sizable Grants $2,500+
January 2022 Update: The first word that is always used to describe Zack is “naughty”, which in his country is said with love, meaning charming and funny. He is a social butterfly and adores making new friends. When going on walks in the neighborhood, Zack will call people as he passes by with a friendly “hello” and huge grin. He also sits on his balcony and shouts “hello” down to the people walking on the street. Zack’s caregiver and teachers often call him a “handsome hero.” He cannot get enough of it! Due to this fact he has begun brushing his hair to the side with his fingers and smiling up at people until they tell him how handsome he is. It is endearing. Zack is truly the sweetest boy. Anytime anyone is sick or seems sad he will ask to sit with them and attempts to cheer them up or offers prayer. He deeply desires to see all of his friends happy at all times. Zack loves fashion and really enjoys picking out his outfits. He makes the female staff giggle when he compliments their clothes or jewelry.

In classes Zack has learned all his colours and shapes and identifies many objects in English. He is working on identifying his English alphabet. In play time he often requests blocks in order to build towers. Once they are completed he will call his caregiver in order to proudly show off his creation. When he is not building blocks he loves coloring, making crafts and playing with toy cars. His favorite sensory play is with shaving cream.

Zack is able to propel himself in his wheelchair. Zack speaks well in his first language and knows a lot of English as well. He speaks enough that he often translates between the languages for his caregiver. He moves around the home by scooting on his bottom. His core strength has improved and he is learning to balance on all fours. He is now working on rocking and crawling on all fours. It can be challenging for him to hold the weight of his head in this position but he’s very motivated. He is also practicing standing using orthotics.

Zack often asks about his future family. Many of his friends have been adopted and he longs for a family too. His favourite song is Daddy Finger and he asks so many questions about the different members of a family. 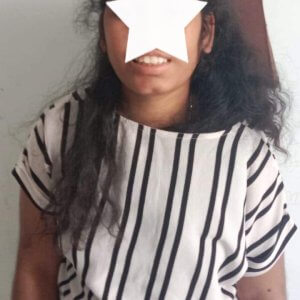 Audrey and Anna
Scroll to top