Boy, Age: 5
Country Code: Asia.1: This country is currently not actively processing adoptions, due to COVID.
Region: Asia
Primary Diagnosis: Down syndrome
$1,293.00
has been donated towards the cost of my adoption!
Inquire About This Child
Available to Single Mothers
Update Oct 2019: Vaughn can understand some simple instructions, such as “come and drink milk,” “have a meal,” “blow with your mouth when the food is very hot,” “bring something to your Mom,” etc. He can also make some simple gestures, such as saying goodbye to auntie, giving a warm welcome, putting his two index fingers together and imitating a flying insect, and so on. Vaughn can crawl (with his belly on the ground and his hands crawling forward alternately) , and he can stand up when leaning on something (for a short time). He has been receiving rehabilitation training from a rehabilitation therapist. He can grasp toys and items. After the training, he will put toys back in their baskets under the guidance of his pre-school education teacher.

Vaughn is more interested in balls and toys that make sound. He plays with toys under the guidance of adults and has simple interaction with adults. He has a good personality. He gets along with his little friends. He seldom cries. He does not recognize strangers and likes to be held. He will reach out his hands, asking for hugs to those he is familiar with. In terms of food, Vaughn drink about 350ml of formula at each meal. Between two meals of formula, he eats half a small bowl of nutritional congee. He likes thick congee and smashed apples. 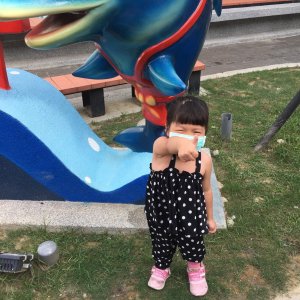 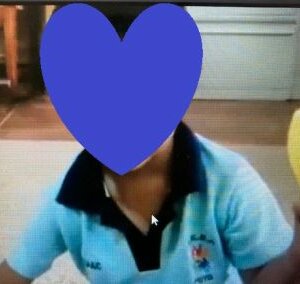