Boy, Age: 14
Country Code: EE-1: Adoptions are not currently being processed in this country. Further information can be given by an adoption agency.
Region: Eastern Europe
Primary Diagnosis: Cerebral palsy
Significantly delayed; Cerebral palsy
**** I am eligible for a $5000 Older Child Grant ****
Grant funds depend on available funding; the link above, shows the current available amount!
To inquire about this child, email childinquiry@reecesrainbow.org ***
Available to Large Families, Available to Older Parents
New pic Jan 2017.

Simeon is a beautiful Roma child with dark hair and big brown eyes. He is significantly delayed, and diagnosed with cerebral palsy. We are trying to get more information on his social history. Simeon is a fraternal twin, whose sister has already been adopted.

Simeon is described as mostly non-verbal, and is not able to walk on his own. There just seems to be so much potential for him in a family environment. He is already an outcast because of his darker skin and will be left institutionalized – and likely bedridden — if not adopted.

From a family who visited with him in 2011: Simeon is barely responsive to stimuli, but I believe that could change if he received regular, loving attention. I didn’t observe any of the orphanage workers spending much time interacting with him. There were times that I was able to get him to smile and grip my hand. After a few days, he was even able to clap! But most of the time he is staring off in any direction and seems completely unable to control most of his movements. He was always either lying down or propped up in a sitting position. I never heard him speak. I also never heard him cry or fuss. Overall, a very calm child.

Simeon’s sister Charlotte has aged out, and is not longer available for adoption. 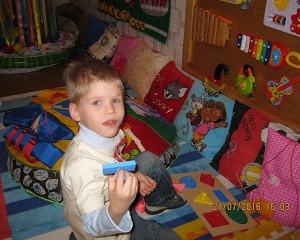 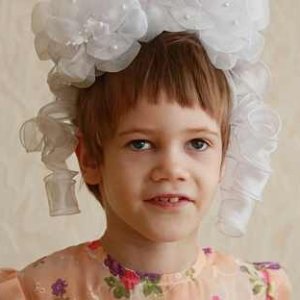