Boy, Age: 8
Country Code: Asia.1: This country is currently not actively processing adoptions, due to COVID.
Region: Asia
Primary Diagnosis: Down syndrome
Down syndrome and congenital heart defects- ASD and PFO.
*** I am eligible for an additional $5,000 Grant from Reece’s Rainbow! Through 2023, children with Down syndrome ages 6-9 are eligible for a $5000 Older Child Grant! ***
$28.50
has been donated towards the cost of my adoption!
Inquire About This Child
Available to Single Mothers
Shaw is a precious little boy! In June of 2016, he underwent surgery to repair his ASD. Shaw came into care at the approximate age of one. At that time, he could stand and walk against the rails, and could not speak. Part of his name means handsome, which he was given to him because he was said to be the most handsome boy among kids with Down syndrome in the whole orphanage! Shaw is described as active, cute, and smiley. He can now walk, jump, and move flexibly. Shaw has an adorable laugh and the most beautiful eyes. He understands simple instructions and can feed himself. He is not picky and is a good sleeper too. From his file photos, it appears Shaw loves wearing gloves! He also likes playing games with the other children and playing with toy cars. We couldn’t help but notice how sweet he is with the other children too, helping to give them bottles and feed them. Shaw is going to make some very lucky so happy and we can’t wait to see who!

Shaw has a $1,500 agency grant for his adoption with the agency who currently holds his file. Other grants may be available based on the adoptive family’s circumstances. Agency grants are awarded as agency fee reductions. 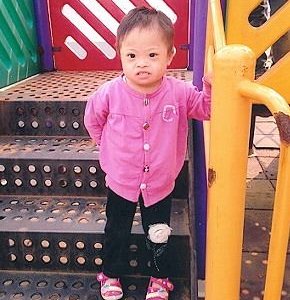