Boy, Age: 5
Region: Eastern Europe
Primary Diagnosis: ADHD
mild developmental delays; attention deficit disorder
$0.00
has been donated towards the cost of my adoption!
Inquire About This Child
Available to Large Families, Available to Older Parents, Available to Single Fathers, Available to Single Mothers
Randy recognizes letters and numbers and can say their names in English. He has difficulty with articulation and English is easier for him than his native language, though he does know both the English alphabet and that of his native language. He can recite his colors in English too. He speaks in short two word sentences that is difficult to understand due to articulation issues. He can add one digit numbers and 1 plus 2 digit numbers ending in zero (such as 20 + 4). He can identify most objects. He has difficulty with fine motor skills, such as handwriting. He feeds himself, and likes to smell everything before eating it. He can get undressed unassisted, but still requires some assistance with dressing, specifically with putting his shoes on. He is completely toilet trained. He still requires some assistance with getting dressed due to his fine motor delays. He demonstrates pretend play skills and has the ability to role play, like pretending to be a sleeping baby. He is hesitant when meeting strangers and takes time to adapt to new people and new situations. He enjoys playing with construction sets and legos. He is musical and will imitate melodies. He memorizes poems that are read to him.

The agency has videos from April 2022, which show him interacting with the team member who visited him, talking, answering questions, playing videos on a cell phone, and building a house with legos. 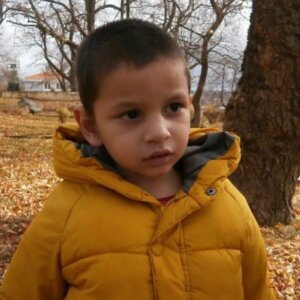 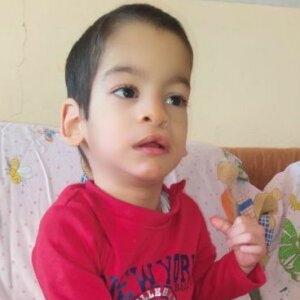