The child turns his head towards sounds. When placed on his side by adults and with help, he can turn the lower part of his body and flip from back to front and vice versa. When awake he is placed in a baby chair. Coefficient of development: 8.
The boy laughs loudly when teased; he is happy when hearing the voice of a known to him adult that he likes. He reacts to the tone of the voice of the person speaking to him. He grasps a toy but does not manipulate with it. He falls easily asleep and sleeps well. He is fed with a bottle. He is calm when being changed and when being bathed. 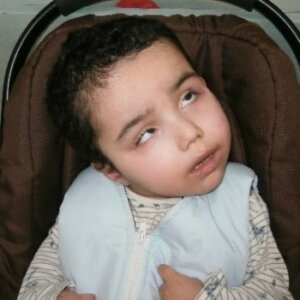 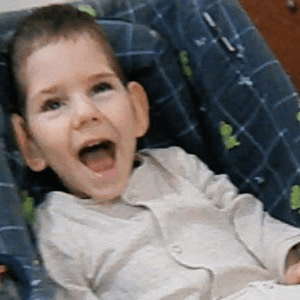