Boy, Age: 9
Country Code: Asia.1: This country is currently not actively processing adoptions, due to COVID.
Region: Asia
Primary Diagnosis: Down syndrome
*** I am eligible for an additional $5,000 Grant from Reece’s Rainbow! Through 2022, children with Down syndrome ages 6-9 are eligible for a $5000 Older Child Grant! ***
$1,029.50
has been donated towards the cost of my adoption!
Inquire About This Child
Available to Single Mothers
Nashville was found abandoned when he was around 6 months old and a birth note was with him indicating his age. He has been diagnosed with Down Syndrome. Nashville was described by orphanage staff as being lively, active and extroverted. They said he liked to play with other children and enjoyed time with adults as well. He doesn’t like to share treats with others but is generous with his caretaker. He is able to play alone.

Agency staff met Nashville in November 2017 and said he is very ticklish! He responded to voices, turned to locate sounds and could follow a moving object with his eyes. He could search for dropped items, build a tower with blocks and play games like patty cake. He could laugh, imitate words and vocalize sounds like “mama.” Nashville was able to hold a crayon and scribble on paper, throw a ball, run and jump. He lives with a foster family and had 2 foster siblings in his home. Caretakers said he eats well and is very playful. They hope he will find a family to love him. 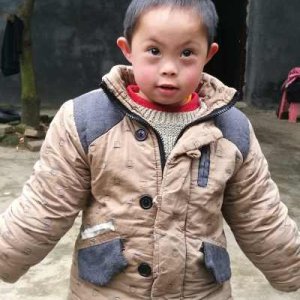 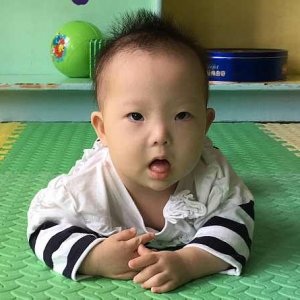