Boy, Age: 12
Country Code: S.Asia.1
Region: South Asia
Primary Diagnosis: Blind / VI
$2,194.50
has been donated towards the cost of my adoption!
Inquire About This Child
2022 MACC, Available to Single Fathers, Available to Single Mothers
January 2022 Update: Malachi is a very happy, friendly, active child! He loves to play with the other children in his home, jump on the trampoline, ride his bike, and listen to music. His home recently got gymnastics rings and he loves learning stunts on them and going upside down. Malachi is blind, but has good awareness of his surroundings in familiar settings. Malachi is independent in all his daily living skills. He attended a local school for the blind until class five and is now homeschooled. He is very motivated to learn new skills and new information – one of his favorite activities is listening to the news on the radio and also making up his own pretend news broadcasts. Malachi reads braille and is currently at around a 3rd/4th grade level. He says his favorite subjects in school are math and social studies. Malachi speaks Telugu fluently and English conversationally. In English he can communicate basic needs and sentences and he is continuing to learn more words every day!

Malachi enjoys playing independently as well as in groups of his peers. His favorite activities revolve around music, including learning new songs and playing the piano. Malachi has an ear for notes and can listen to a song and figure out the melody on the piano, without any instruction. Within a few days of starting on the piano he had figured out how to play “Happy Birthday” and “Jingle Bells” just by listening to the songs. He has expressed interest in piano lessons as well as learning other instruments. He plays around on the xylophone and ukelele and watches tutorials on YouTube to learn to play. Malachi got Bop It for Christmas and loves playing with that, as well as the Simon handheld memory game. At Christmas he performed “Oh Come, All Ye Faithful” at the party in both English and his local language. He is a great singer!

In homeschool, Malachi has been working on multiplication, subtraction, basic money skills, and continuing to improve his braille reading skills.

Malachi is a very sweet and spirited child who has formed healthy attachments with his current caregivers. He has a close relationship with a few of the other boys in his home and enjoys including everyone, regardless of ability, into his play. Malachi is finding his sense of humor and likes to try out different jokes and funny sounds to make others around him laugh. He says when he is an adult he wants to make robots! When asked what he likes about himself, he says he likes his strong brain that is good at math. His favourite animal is a parrot and he wants to learn more about parrots in school. When asked his favourite thing to do, he responded he likes to cook soup with playdough!

He has a best friend in the home and they like to wear matching outfits and call themselves twins. This friend is in process to be adopted and Malachi would love to be adopted too. He is a very bright child who would do incredibly well in a family! 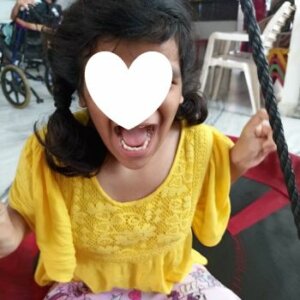 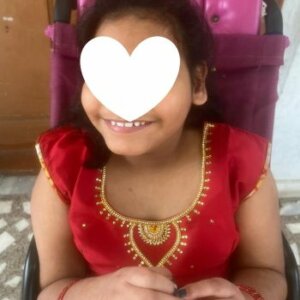