Boy, Age: 8
Country Code: Asia.1: This country is currently not actively processing adoptions, due to COVID.
Region: Asia
Primary Diagnosis: Blind / VI
$72.00
has been donated towards the cost of my adoption!
Inquire About This Child
Available to Single Mothers
Landon is an amazing boy who came to a special home for the Blind in December of 2016. Landon had made so much progress with consistent love and care, but then he was recalled to his orphanage. When they took him back to his orphanage, they didn’t even have a bed for him. Staff went back the next day and donated his bed from their care center. They also recently visited him in the orphanage and reported: “It’s clear the staff is doing their best, but is very overwhelmed. In his room there are 9 children with just one nanny caring for them and one toy to share. When we first saw Landon, he was very distant and refused to even say our names. Even with his new nannies, he was much quieter and cold than he usually was … I can only imagine what’s going on in his little mind. I held him in my arms and sang to him and, even though he refused to sing songs that we used to sing together, he seemed calm and happy. We played for a while and when I gave him a piggy back ride, our old Landon came back to us. He was calling out “go” and “faster” in English and was calling our names again, with a big smile on his face. Leaving him hurt, especially because he started asking to go home with us. Landon needs the love and support of a family now more than ever.”

When Landon first arrived at the home, he struggled with transitions and always demanded to be held. However, he was able to work with a wonderful occupational therapist that helped him and he made great improvements. He still loves hugs, to snuggle, and is the biggest fan of piggy back rides! He especially loves singing and enjoys singing English songs like “Twinkle Twinkle Little Star” and “BINGO.” He was in an English immersion classroom and has a strong foundation in English to express himself. Thanks to having American volunteers providing an English immersion environment, he can say the days of the week, say left or right, use manners, and express his basic needs in English. His file lists him to have nystagmus and esotropia. Landon is blind. He had been making big improvements in his orientation and mobility classes. He had also been making wonderful progress with his cane. Make sure to watch his videos and see him speak English and use his cane skills! Landon finds music to be very soothing. He loves when you sing to him while holding him in your arms and when you run your hands through his hair. You can feel how much he just wants to be loved!

MANY additional photos and MANY videos available! 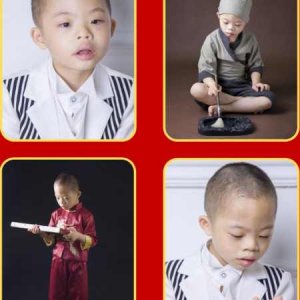 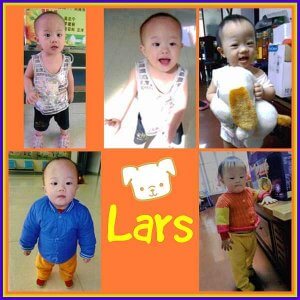