Sibling Group
Ages: 14, 12
Country Code: Asia.1: This country is currently not actively processing adoptions, due to COVID.
Region: Asia
Primary Diagnosis: HIV or Hep
HIV
**** I am eligible for a $5000 Older Child Grant ****
Grant funds depend on available funding; the link above, shows the current available amount!
To inquire about this child, email childinquiry@reecesrainbow.org ***
Available to Single Mothers, Siblings
Kai and Konner were raised by their grandparents and brought into care four years ago.

Elder brother Kai is enrolled in second grade and known as a playful, clever boy who learns quickly. He is learning basic addition, subtraction, multiplication, division, reading and telling time. He enjoys eating snacks and seafood. There are no concerns with his motor development and Kai enjoys various sports, skipping rope and running outdoors. His favorite activities include remote controlled toys and video games. It’s noted that he gets along well with the other children, assists the caregivers, and has good self-care skills.

Younger brother Konner is known to be stubborn at times but playful. Konner avoids candy as he is afraid of tooth decay, but enjoys fruits, sausage, corn and seafood. There are no concerns with Konner’s motor development. He can help with chores and has good self-care skills. He is enrolled in preschool and learning basic math problems, colors, shapes, reading cartoon books and enjoys completing his homework. Similar to his brother, Konner likes to be outside playing in the park, running, skipping rope and playing video games.

The boys take daily medications & have no other health concerns. 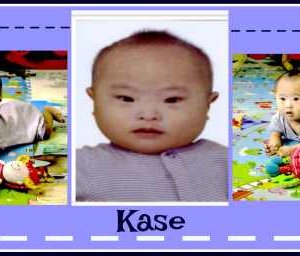