Some of Joel’s favorite activites include building large castles with Legos, playing basketball and soccer. Joel is EXTREMELY proud of his basketball skills and thinks he is good at dunking the ball! Those who know Joel say he is shy and introverted during initial meetings. After becoming more familiar with someone, he will feel more relaxed and is comfortable carrying on a conversation with them.

Joel has a diagnosis of ADHD and is currently on medication to help with his concentration. Joel is a 3rd grader in elementary school and overall makes good grades. When asked, Joel stated computer class and physical education are his favorite periods. Joel shares that he has 7 close friends at school. During recess, he enjoys playing tag, and a game of cops and robbers. Joel likes being chased because he rarely gets caught!

Jolene enjoys playing with toy cars, riding her bike, playing with bouncy balls, drawing, and listening to stories. Jolene is initially quiet when introduced to new environments. Once she is comfortable, she becomes active and actively engages with familiar adults. Jolene likes to act affectionately towards familiar adults and LOVES to receive hugs from them.

Jolene has a good relationship with her foster parents and 5-year-old foster brother.  She enjoys narrating stories to her foster father and talking with her foster mother about events that took place during her day.

Jolene has a diagnosis of global delay, and vision needs with a microcephaly diagnosis at birth. She has a past history of epilepsy with no current concerns noted. Jolene attends kindergarten and an after school early intervention education program.  Her early education program provides small class size with one-on-one attention and various weekly therapies in OT, PT, speech, and sensory integration. She is progressing with the help of her therapies including in the areas of vocabulary and motor skills. Jolene responds well in therapy and at home to praise and encouragement!

While Joel and Jolene live in separate foster homes, they get to see each other at events and private intimate meetings arranged by the foster agency. When together, they like to play with toy cars and jump rope. 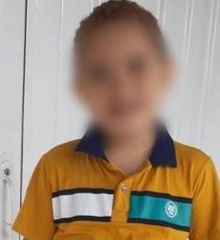 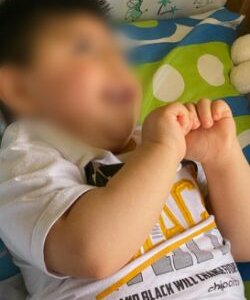