Boy, Age: 4
Country Code: Asia.2
Region: Asia
Primary Diagnosis: Global developmental delays
premature (34 wks), suspected neonatal abstinence syndrome, developmental delays (motor, cognitive), cerebal palsy, microcephaly, esotropia, undescended testicles; BM may have used drugs while pregnant, moderate intellectual disability
$1,259.00
has been donated towards the cost of my adoption!
Inquire About This Child
2022 MACC
James is 3 years old and has the cutest smile and the sweetest little giggle! His relations with others are close and he is not afraid of strangers.

James has a stable mood and strong curiosity. He can also play attentively for more than 30 minutes! We hear that he has a good appetite and is not a picky eater. His favorite food is corn although he also really enjoys pudding! James can fall asleep on his own and sleeps well throughout the night. He primarily crawls around on his belly and forearms to get around. He has attended daycare since September 2020 and receives physical and occupational therapies once a week and speech therapy once every two weeks.

James was born prematurely and has been diagnosed with cognitive and motor delays, as well as cerebral palsy and microcephaly. That being said, James is able to say some words such as ‘okay’ and ‘yes’, can sit up properly in a chair to feed himself, and is able to express ‘bye-bye’ and blow a kiss! 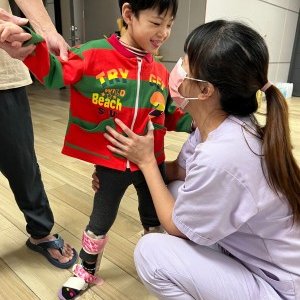 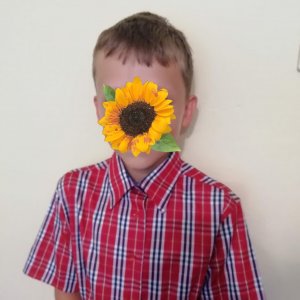