The child is active, walks alone and takes part in mobile games. He can go up and down the stairs. When performing complicated actions, he has difficulties coordinating his hands and legs. The child’s fine motor skills are not poorly developed. He can grab an object with his hand and scribbles on a piece of paper.

The child’s notions and perceptions are poor and not accurate. His visual perception is slow. The involuntary attention is prevailing. His active attention is difficult to attract and hold. His concentration is weak. His memory is short termed and with poor reproducing. All thinking processes (analysis, summarizing and conclusion) are not developed.

No depression is observed. The child is with hypokinetic syndrome and his hyperactive behavior requires constant control.

The child likes to go on walks. He likes to be around children and likes to hug them. He likes to participate in activities with musical accompaniment. He explores objects by holding them, throwing and breaking them. The child likes to play chase with the other children, to watch music shows and listen to the radio and also to talk to his toys. He plays with different toys, he has good imagination and can play alone. He prefers games with ball. 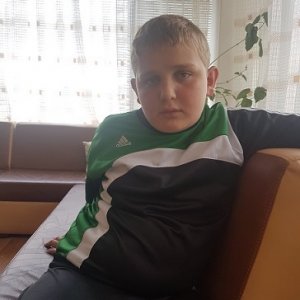 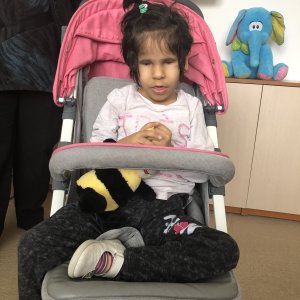