Boy, Age: 12
Country Code: Asia.1: This country is currently not actively processing adoptions, due to COVID.
Region: Asia
Primary Diagnosis: Congenital Heart Defect
**** I am eligible for a $5000 Older Child Grant ****
Grant funds depend on available funding; the link above, shows the current available amount!
To inquire about this child, email childinquiry@reecesrainbow.org ***
Available to Single Mothers
Frankie Lee, a sweet little boy, is five years old. He was abandoned at eight months. Frankie was born with a congenital heart disease (complex single atrium, single ventricle) and when we visited with him in late June, his lips and fingernails were a bit blue, so we knew his cardiac needs were pressing. We were able to have him transferred to China Little Flower, and a few weeks ago Frankie had surgery (pulmonary vein diversion and a central shunt). He has made a great recovery and he has returned to his foster family back in his province. He may need additional surgery down the road but his condition is much improved now.

Frankie Lee is reported to have normal intelligence but hadn’t attended school yet due to his cardiac condition (however, this report is now several years old).

Frankie Lee is a bit shy and very attached to his foster mom. He loves listening to music and dancing along to the rhythm. Could Frankie Lee be your son? Can you provide the cardiac care he needs? 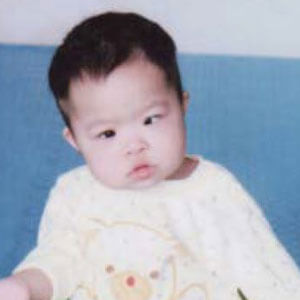