Girl, Age: 11
Country Code: S.Asia.1
Region: South Asia
Primary Diagnosis: Cerebral palsy
$73.80
has been donated towards the cost of my adoption!
Inquire About This Child
Available to Single Mothers
February 2022 Update: Evi is a sweet young lady with cerebral palsy who was transferred to her current home in September 2019. Although it isn’t officially diagnosed, it’s possible that Evi may have Cortical Visual Impairment (CVI) based on its high correlation with cerebral palsy and the presence of several characteristics of CVI in Evi’s visual behaviors and processing. Improvements in her visual processing and engagement have been made since her arrival.

Evi is a fun-loving child who loves to listen to music and play with her friends within the home. She is the youngest in her home and takes on the role of “little sister”. The older girls dote on her and try to help her, bringing toys and giving hugs. She enjoys being held and rocked, and being in the sunshine. For Christmas she got a bear toy with different buttons that sing and make music and she really likes this. However, her very favourite activity is dancing. She loves DJ music with a loud, thumping beat. She likes when staff pick her up and dance with her or when the other girls in the home hold her hands and dance beside her. As soon as the music comes on, she lights up, flaps her hands excitedly and squeals.

Evi is able to independently lift her head up and makes purposeful eye contact, laughing and smiling at those she is familiar with. Evi is nonverbal and appears to understand some basic words as she often smiles or laughs in response. Evi flaps her hands when she is excited. She is able to grab and pick up various items, and is working on both hand strength and mobility in physical therapy weekly. Evi has really struggled with weight gain lately and her team is monitoring her food intake closely. Her caregiver is very attentive with making sure she is well positioned and this has helped avoid pressure sores.

Evi is a joy and would benefit and grow exponentially in a family of her own. 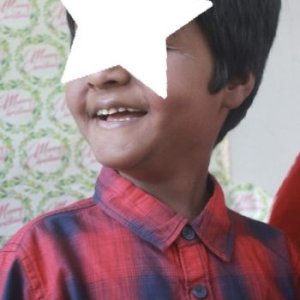