Boy, Age: 7
Region: Eastern Europe
Primary Diagnosis: Blind / VI, Cerebral palsy, Hydrocephalus
Congenital hydrocephalus (Condition after placement of a ventricular peritoneal shunt); Congenital malformation of the brain-perencephalic cyst on the right and cerebral atrophy in the right parietal. Infantile cerebral palsy – sparing hemiplegia. Moderate retardation in neuropsychological development. Condition after surgery for non-traumatic subdural hematoma. Atrophy of the optic nerve. Amaurosis Accidental heart murmur.
$160.00
has been donated towards the cost of my adoption, including $160.00 from MACC donations!
Inquire About This Child
2022 MACC, Available to Large Families, Available to Older Parents, Available to Single Fathers, Available to Single Mothers
Evan had a shunt placed due to hydrocephalus when he was 17 days old. The shunt was replaced when he was a year old. Despite living in an orphanage his entire life, Evan is making progress with his physical and mental development. When a team member visited his orphanage, the staff introduced them to Evan as the “staff favorite” and asked them to try to find him a family. Evan has a diagnosed vision impairement, but observations from the staff and team member who visited are that Evan DOES have vision. Due to finances and a lack of staff, Evan has not been taken for a comprehensive eye exam (it requires traveling to another city). Videos from November 2022 (and past videos) show that Evan does appear to have some vision, though the exact severity of his vision loss is not known.

Evan speaks clearly and uses multi-word sentences. He knows the names of all the staff members and their work schedules. He communicates freely, carrying on a full conversation, asking and answering questions and expressing his wants/needs. He can name colors, basic shapes, count to 10, recite poems and identify the names of objects in photos. He understands cause and effect. He understands spacial concepts such as up/down, in/out, around/beside. He seeks out interactions with others. He actively participates in educational activities. His motor skills are impacted. He crawls to get from place to place. He can take steps holding the hands of an adult. His left side appears to be weaker than the right. He can feed himself and washes his own hands. He told the team member that visited him that his wish is to have a new carpet in the room where he plays to crawl around on. He was told to wish for it in his letter to Santa and he did. 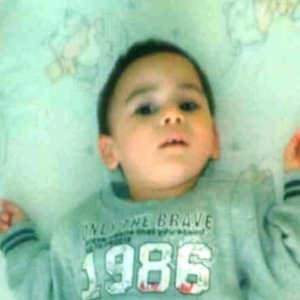 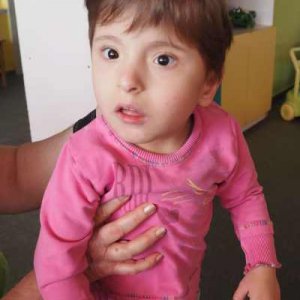