Boy, Age: 9
Country Code: Asia.1: This country is currently not actively processing adoptions, due to COVID.
Region: Asia
Primary Diagnosis: Down syndrome
*** I am eligible for an additional $5,000 Grant from Reece’s Rainbow! Through 2023, children with Down syndrome ages 6-9 are eligible for a $5000 Older Child Grant! ***
$280.00
has been donated towards the cost of my adoption!
Inquire About This Child
Available to Single Mothers
When Devan was found abandoned in September 2014 it was estimated that he was about 1.5 years old. When Devan first arrived in the orphanage, he was a very unhappy baby who was very “weak and floppy”. The orphanage staff decided it would be best if he was placed with a loving experienced foster family. His foster mother worked with him diligently, and by 3 years old he was walking and potty trained. Devan does not speak well. He occasionally calls his foster father baba (dad) and sometimes when he is playing by himself he talks to himself, but others do not know what he is saying. With that being said, Devan is able to express his needs and wants. For example, whenever he gets a treat, such as a candy bar, he will place it in his foster mother’s hands and look up at her, letting her know that he wants her to open it for him. Devan has been able to learn some gestures. He will shake a persons hand when saying hello and wave good-bye to them when they leave.

Devan is described as quiet and well behaved. He likes to play with building blocks. He also enjoys playing with neighbor kids. He recently began attending school and has made great progress there. 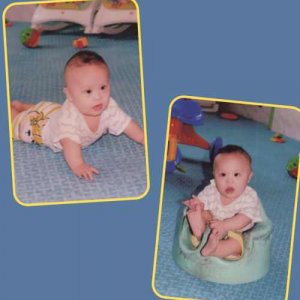 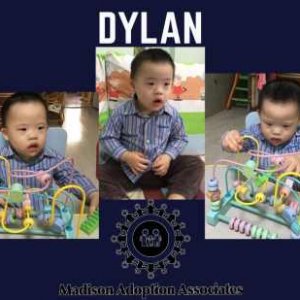