Boy, Age: 7
Country Code: Asia.1: This country is currently not actively processing adoptions, due to COVID.
Region: Asia
Primary Diagnosis: Down syndrome
Down syndrome, congenital heart defect (post-op)
*** I am eligible for an additional $5,000 Grant from Reece’s Rainbow! Through June 2022, children with Down syndrome ages 6-9 are eligible for a $5000 Older Child Grant! ***
$1,848.90
has been donated towards the cost of my adoption!
Inquire About This Child
Available to Single Mothers
What a little love muffin Curtis is! Curtis is diagnosed as having down syndrome and is post-op CHD-TOF (elsewhere in his file it mentions an ultrasound reported PFO, ASD, and PDA).

Curtis has typical delays for a child with down syndrome. He could distinguish the difference between strangers and those close to him at the age of 6 months. At 9 months he was rolling over and could clap his hands and use his hands to get his favorite toys. Shortly after he was crawling and able to recognize his name and respond when called. He has been beginning to learn some simple words and trying to pronounce them. Curtis is gentle and cute. He likes to snuggle and receive hugs from his caretakers. He likes when others play with him and when he is happy he will shake hands with other children and kick his feet happily. Curtis gets along well with the other children and is good about sharing his toys. Could you be the lucky family that gets to snuggle with this little teddy bear? Please help us find a family for Curtis now so he can get home while he is still so young! 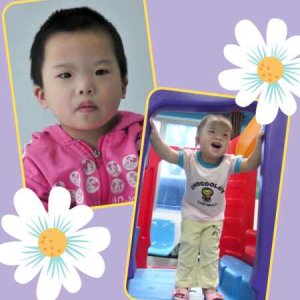