Boy, Age: 4
Country Code: Asia.1: This country is currently not actively processing adoptions, due to COVID.
Region: Asia
Primary Diagnosis: Down syndrome
$108.90
has been donated towards the cost of my adoption!
Inquire About This Child
Available to Single Mothers
Calvin is very loved by his caretakers and he is a calm and sweet boy.

Update May 2020: Calvin can sit alone, crawl around the mats, and walk on the flat ground without falling down. He is quite active, crawling or walking on the mats, playing with his favorite toys. He shakes toys, passes them between his hands, and grabs the smaller toys as well. Occasionally, he speaks “Mama, Papa,” and wants to be held. When he wants to eat, he will speak “Mama.” When he talks with other kids of his age nearby, he will make a “midada” sound to express his friendliness. His uttering “a~a~o~o~” is used to attract attention, mainly with body language, such as reaching out his hands for a hug when seeing his favorite caretaker is nearby. When seeing strangers, he will cry.

He responds to his teachers and caretakers by coming up when they call his name. He understands simple instructions. For example, when the teacher say we go out to play, he will walk to the door and wait for his caretakers to help him change clothes and put on shoes. When the caretakers say that we were going to have dinner, he would take the towel out by himself and wait for his caretakers to deliver the meal. He prefers to be in a familiar environment with those he knows. When a stranger approaches and holds him, he will feel nervous and sometimes cry. When the stranger plays with him for a while, he will be willing to let the stranger hold him or play with him. Calvin loves music, imitates his teachers, and moves his body according to the music rhythm. He is happy to listen to the music. Calvin has two close friends; he likes his teachers and caretakers to play with him.

There is a $1,000 agency grant for Calvin’s adoption with his current adoption agency! 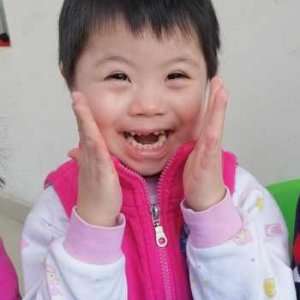