It is our true belief that there is a “forever family” for each of our waiting orphans with special needs. The purpose of Reece’s Rainbow is to raise funds as adoption grants, to help potential adoptive families with the high cost of giving these children the life they so richly deserve.Your donations and advocacy turn the child on the left into the child on the right! This page includes the profiles of those children with more than $7,500+ in grant funding available. Put on your WARRIOR shoes and help us find families! PLEASE SHARE THIS PAGE, that others will see it and take that leap of faith to save a child in need. 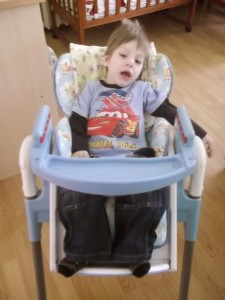 His twin brother, Caleb, passed away in 2017

From someone who met them in 2013:
(Brother 1)  He is in with a much younger groupa. He goes outside twice daily when it is nice, and this orphanage does physical therapy five times a week. He makes eye contact, but is in his own little world until you talk directly to him. He appears kind of zoned out, and then I said his name and stroked his cheek and his whole body came to life, just longing to be touched and tickled. He arched his back and smiled, but I wasn’t allowed to pick him up. He has grown too long for his stroller. I put a velcro wrist rattle on him and he purposefully moved his left arm to interact with it immediately. He is well nourished there, but he will really need a mama’s touch to help him grow. His teeth look like they are in great shape. He uses his arms, but I did not see him move his legs, though he was certainly wiggling from one side to the other and is a kid who would really like to be on the move! He is not in the same groupa as his brother. Kids are generally grouped by what they are eating, and his brother was in the groupa for kids doing formula and purees. I think he may be on only formula still. It was so hard to leave him behind! 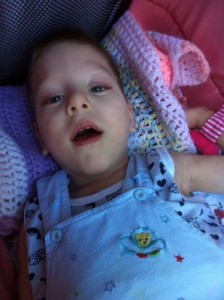 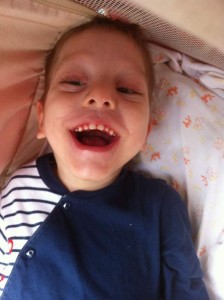 (Brother 2)  Several days later, I saw who I thought was the same child in a different stroller, but the nannies corrected me when I called him by his brothers name, slowly communicating that this was his twin brother. They look SO much alike! The first day I saw him, he was badly in need of a diaper change and I showed the nannies. He was laying flat on his back in the outdoor playpen, and when I came back to return my daughter to the groupa, he was still there an hour later, unchanged in diaper and position. The next day I saw him, though, one of the sweet nannies was playing music on her ipod, and he was laying close to her in a stroller. Although he didn’t interact with the music, he was very quick to respond to my voice. The second I stopped talking, he stopped smiling and zoned out again. But, he was so responsive to touch and baby talk!  He pushed his body around in the stroller with his legs AND arms, and had a lot of good neck strength. I wouldn’t be surprised at all if he is only being limited by the assumptions of his diagnosis. As we left our daughter’s groupa for the last time, we saw him being lovingly carried down to his physical therapy appointment. I think it was a sign of good things to come for these boys!

Neither boy is using meaningful speech, though both babble. Videos available. Wonderful region to adopt from, especially if one parent needs to stay alone for a time. 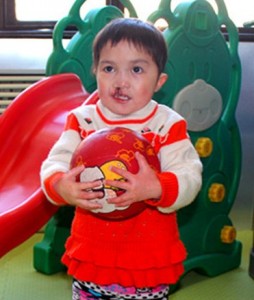 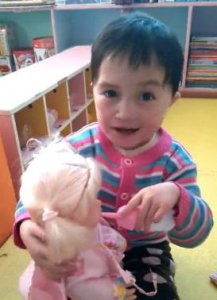 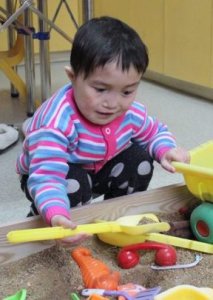 Grace was abandoned by the train station when she was ten days old and has been living in an orphanage ever since. Grace was born with a cleft lip and palate, for which her first surgery will occur in May. She also had a congenital heart defect which was corrected this past summer. She does not take any cardiac medication but she sometimes pants and her lips become blue after strenuous exercise so her cardiac issues may not be fully resolved.

Grace is reported to have normal intelligence, potty trained, and she walks and runs just fine. She dresses herself, speaks in 3 – 5 word sentences, likes to sing and play games with other children.

Update from 2016: At 6 years old Grace enjoys looking at books, playing with her friends and has a favorite stuffed toy. She has great self help and fine motor skills, she can dress herself, including jacket and shoes, she can draw lines and shapes. She is an extroverted girl and she really enjoys playing games with her peers. She has many favorite foods, dumplings, noodles, fruit and many more. She had a surgery to repair her cleft lip already, but her cleft palate has not been repaired yet. She studies preschool, she can sing, dance, draw, string beads, and put clothes on dolls. Her upper limbs are flexible, she can walk and run, but not very steadily. She is active and gets along well with other kids,and often helps other younger kids. 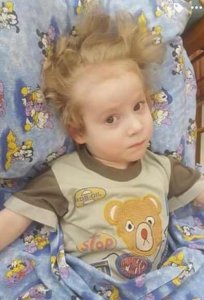 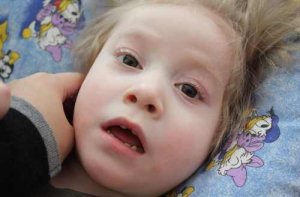 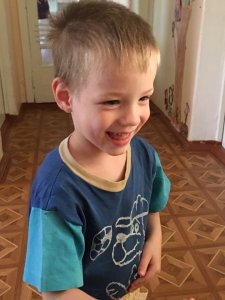 From a family who met them July 2017:
Finley is precious and has the most adorable dimples! He walks very well and we are told has recently made incredible progress! The nannies love him and say is very friendly and helpful, and especially enjoys helping to set the table. He is soft spoken, but communicates well. We adored him!
Fern is doing so well! We were told he has improved dramatically with a change in medication. His smile just lights up the room! Updated pics, video and info 7/17!! 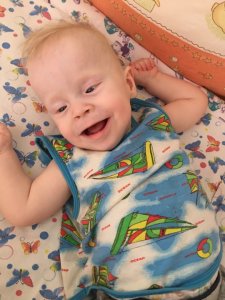