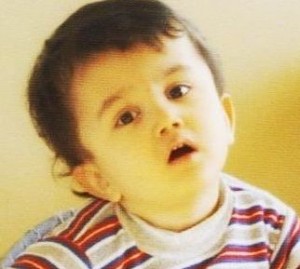 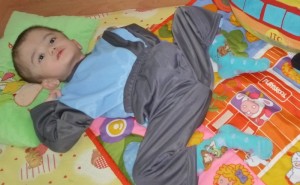 Connor is being raised in one of the biggest orphanages in Bulgaria where children often suffer from severe malnutrition, muscle hypotrophy and have severe delays in the neuropsychological development. He has a polymalformative syndrome, but one could see a dramatic change in his appearance in just two pictures- the first one taken in the end of November 2014 and the second one in June 2015.

He grabs a toy that is handed to him, holds it for a while and manipulates with it. He has started to more and more often reach with his hands and manipulate with hanging toys independently.

While involved in active interactions with adults, he would make his emotional responses known with his nonverbal behavior. He seeks contact with familiar adults by reaching out his hand, grabbing an adult’s hand and he would even sometimes direct an adult’s hand towards his face so as to be caressed.

He falls asleep easily and his sleep is calm. He is fed with a bottle. He gets anxious while his clothes are changed and while bathed.