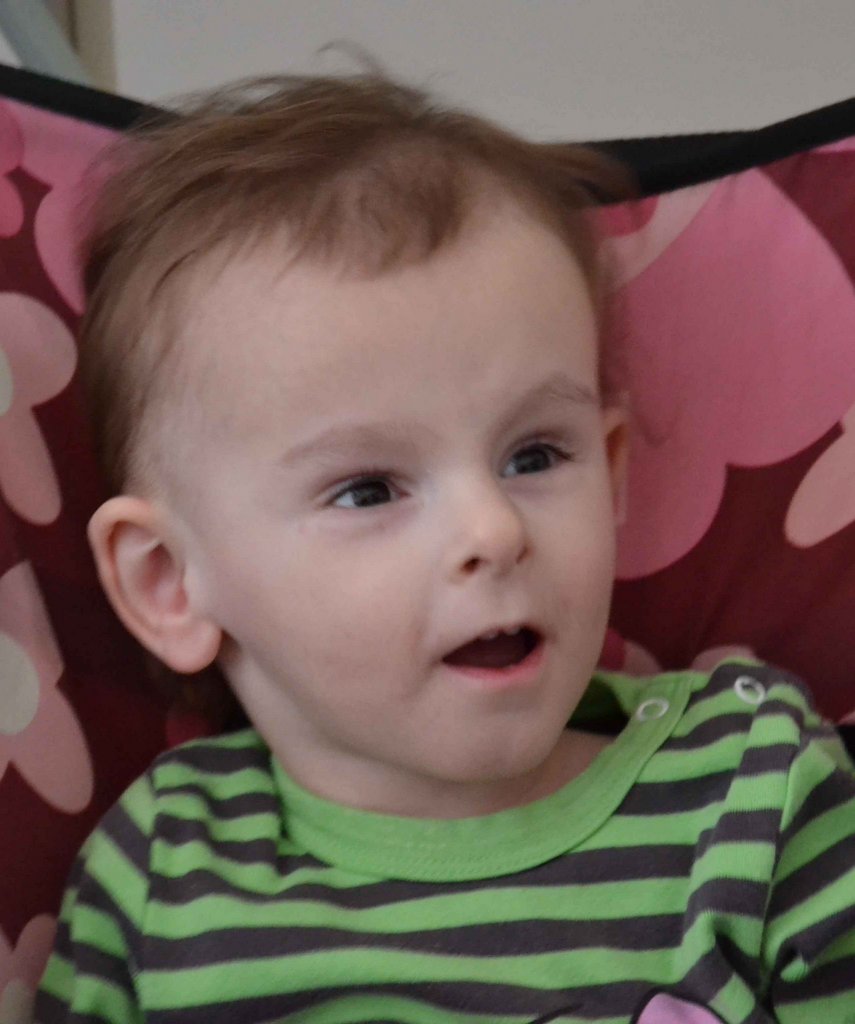 Update November 2015: He demonstrates interest in musical and mechanical toys. He will play for a short time – studies a toy, puts it in the mouth, transfers it from one hand to the other. He likes activities involving music. He recognizes familiar areas of the orphanage and understands his daily routine related to familiar tasks such as eating. He is very happy when interacting with familiar adults.

Jesse attention span is short-lived and unstable in relation to objects and people. There is some sharing with a close adult.  Jesse responds when called by name.  His memory and speech are poorly developed. When happy, he laughs loud and when anxious, he cries. Sometimes he pronounces unspecified sounds and separate syllables. He is sensitive and emotional and tends to be nervous around strangers.  When given a toy he reaches out and takes it. He is working on the pinch grip. He hasn’t mastered fully the ability to move a toy from one hand to the other. Jesse is fed with a spoon and sleeps calmly through the night.  He cannot control his physiological needs.  Jesse is entirely cared for by the team in his orphanage.

B/c we only have his file for a short time, donations will not be accepted until a family is found for hi

CELINA and FRANK for the Jenks Family — WA