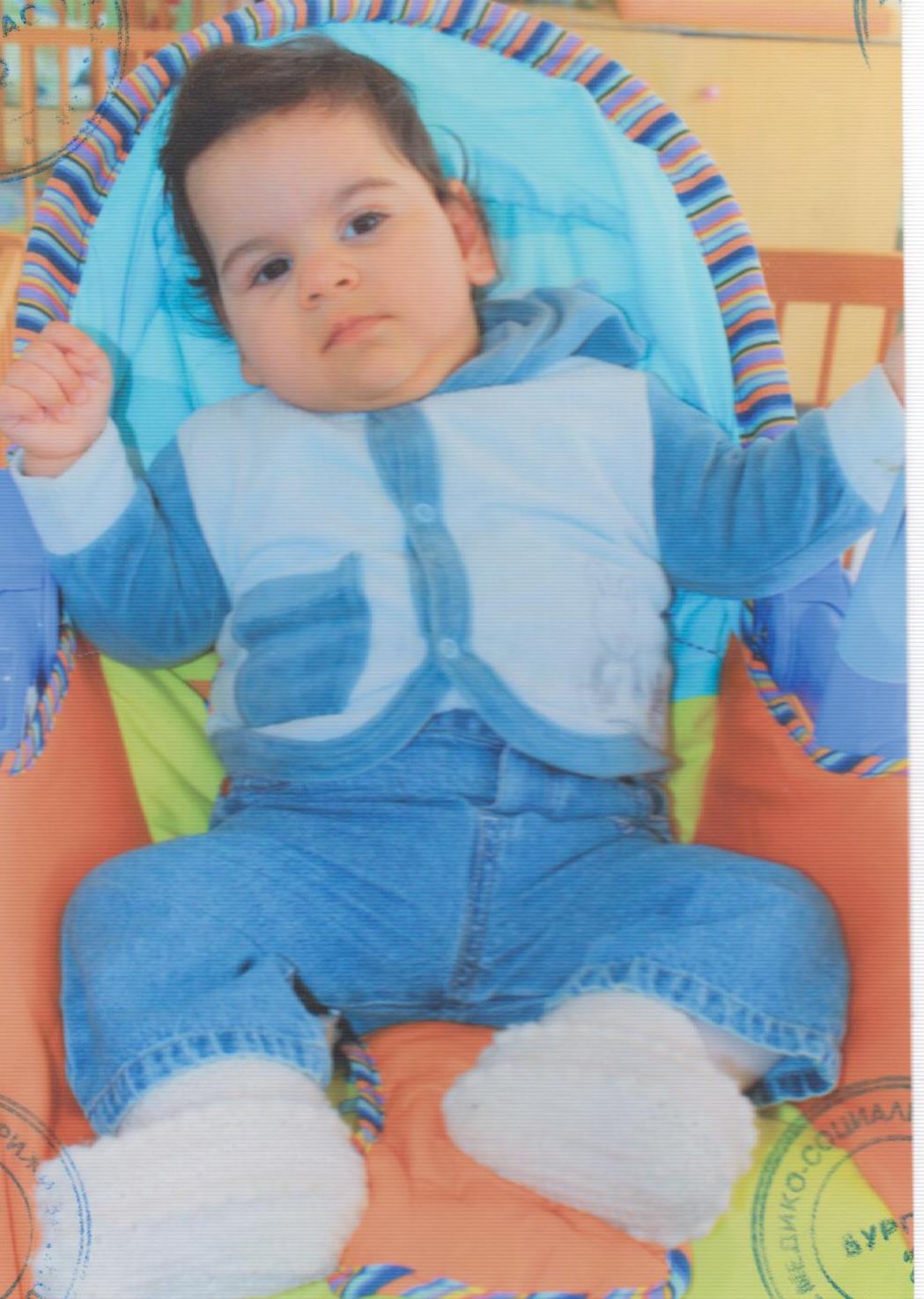 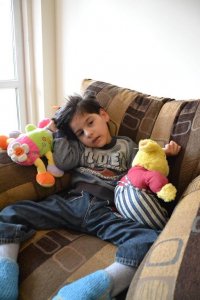 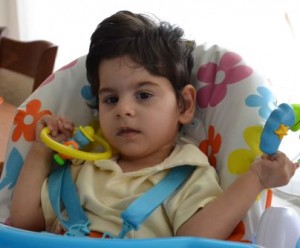 Diagnosis:  Craniosynostosis with microcephalus; Infantile cerebral palsy – spastic quadric paresis; Suspected atrophy of the visual nerve on both eyes; Delay in the physical and neuro-psychical development.

Isaac is a sweet little boy living in an Eastern Europe orphanage. He suffers from craniostenosis, cerebral palsy, spastic quadric paresis, atrophy of both eyes, and delay in the physical and neuropsychic development. He cannot sit without support or turn between his stomach and back. There is little support in the legs. Isaac doesn’t have an attention span and doesn’t focus on his surroundings. He reacts to touch but doesn’t when verbally addressed. He doesn’t understand speech but sometimes makes sounds. Isaac is mostly calm and smiles. He doesn’t interact with the children and adults around him. 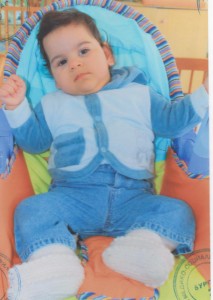 There is little reaction with toys and no playing when in his possession. Peter is completely dependent on the help of the staff .

Condition after a brain hemorrhage. Cyst in the left cerebral hemisphere. Microcephaly. Spastic quadriparesis. Cryptorchidism. Anemic syndrome. Behind in his neuro-psychical development. When put on his belly or held, he keeps his head up. He slightly turns to one side but doesn’t turn independently from back to stomach and vice versa. He doesn’t try to sit up and doesn’t get up to a standing position. He doesn’t have good support in his legs. He starts after loud sound but doesn’t turn his head to the direction of the sound. He listens to the speech of adults. He doesn’t look at an adult leaning over him. He doesn’t follow with a look moving objects or people. He reacts to touch. He is calm and doesn’t cry without reason. He reacts positively to interactions and laughs loud. Photos and videos from June 2015 are available through the agency.

*** I am eligible for a $2,000 Grant! ***
This grant is offered by Reece’s Rainbow, for children in this specific country. Grant funds are dependent on available funding.

Petey CAMPBELL for the Croasdaile Family Scroll to top