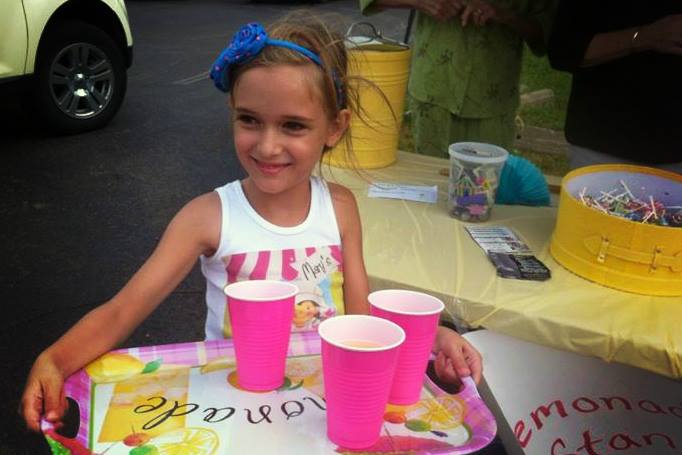 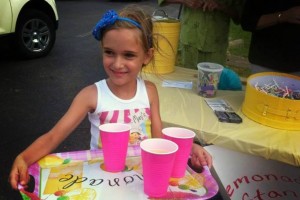 Three years ago, at the age of 5, Mary approached her mom about having a lemonade stand prior to the end of summer (which was quickly approaching as she was starting kindergarten the following week).  Her mom agree to it and they picked a day for her project and purchased the necessary supplies.  The evening before her lemonade stand, her parents asked her what she planned to do with her earnings.  She told them she intended to donate every penny to orphans who were waiting to find their families.  They were so touched by her giving heart that they amped things up a bit and had cupcakes made and did a hasty announcement on social media on her behalf.  She ended up raising slightly over $100 through a handful of people’s generous donations.

Her eagerness to help did not wane when the following summer she again requested to raise funds.  She wanted her parents help in drawing more attention to her efforts in hopes of increasing her donations (she was hoping for a loudspeaker so as to attract attention like the ice cream man). She held her lemonade stand in front of her father’s store in hopes that the busier intersection would help her sell more lemonade and she could share the orphans’ story with more people.  She amazed everyone who stopped and spoke with her.  Her efforts were rewarded with an increase in her donations and her goal she had set of $144 was met and exceeded.  She never tired of yelling, “Lemonade for the orphans!” despite most cars driving past without stopping and encouraged us to give it an extra hour to achieve her goal.  In 2014, Mary raised over $1350 — amazing!

Mary had first discovered the term “orphan” through television.  She asked many questions and through her parents’ research discovered Reece’s Rainbow.  Mary and her parents were fortunate to meet a local family who was in the process of adopting their third child with Down syndrome through Reece’s Rainbow, and they were able to donate her first fundraising efforts to their quest to adopt.  Her second lemonade stand funds helped another family in bringing home three children this past fall.

Mary intends to have an annual fundraiser lemonade stand to continue helping orphans.  She has already thought about what she can do to improve her efforts for this year!

A list of donors will be provided to Mary`s family. If you would prefer to donate anonymously, please email Michelle@ReecesRainbow.org

NOAH and PAXTON for the Matthews family — ME

A Child for the Cloward family — TX Scroll to top