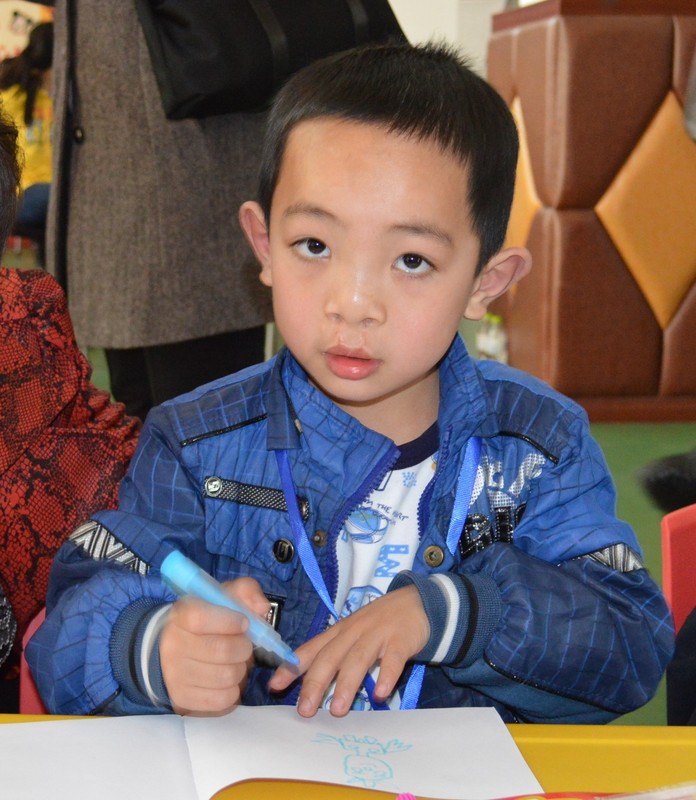 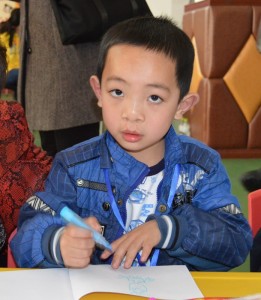 Sweet Sonny is post-operative cleft lip and palate and deaf. Sonny is generally a happy boy, but will cry when he feels wronged. The agency staff observed that he had good interaction with his caretaker. He attends a boarding school for deaf children. He likes doing math problems. Sonny is often bullied by a group of girls, but does not fight back. His caretakers say he shuts down when he is angry. His cleft lip and palate have been repaired. He has good physical and mental development. He can make sounds to communicate and is very independent. He is an affectionate and cuddly little guy!

Update 2019:  Sonny is now 12-years-old! He is athletic and he loves to play sports – especially basketball! He is pretty good at table tennis, too. Sonny’s nannies say he is very outgoing and he makes friends easily. He is a polite young man and he will often help his nannies.

Sonny goes to school outside of his orphanage where he learns math, art, and science. He is focused and actively participates in his classes.  Sonny is deaf but he has found ways to adapt. He knows sign language and he can also communicate by using body language. His nannies usually communicate with him by using body language or writing things down.