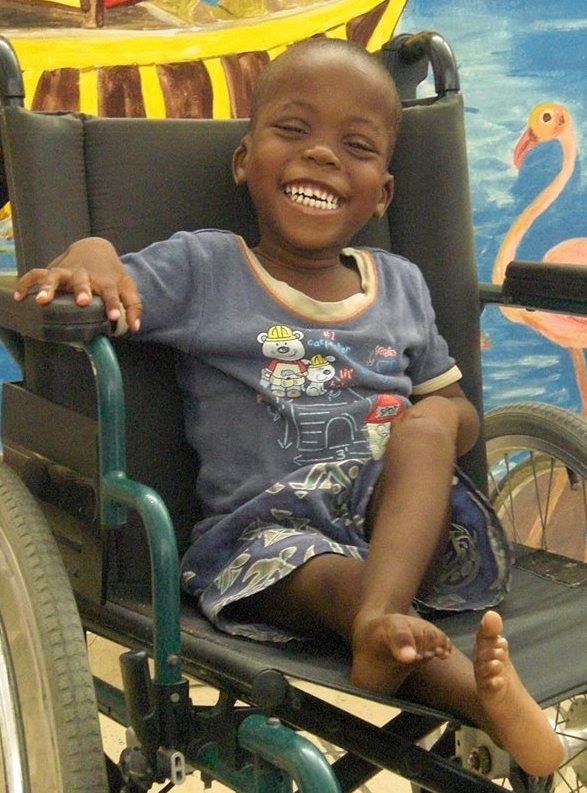 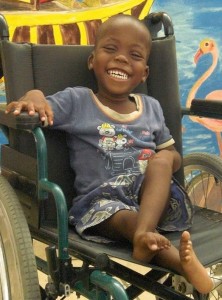 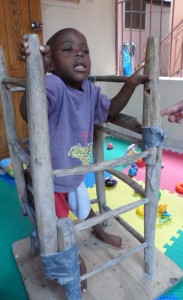 UPDATE JANUARY 2016:  Frederick now has a wheelchair that he can move on his own,and he is going to be able to go out to the neighborhood school starting this week! He is making amazing progress.

Frederick has low muscle tone, and he has been diagnosed with developmental delays.  He is capable of feeding himself (but he makes a mess!) and just needs more practice to develop that skill.  There is concern about core muscle development, but Frederick works hard, so it is believed that he may be able to walk some day.

Frederick is a hard-working little boy who wants to develop his skills.  He has developed friendships with some of the other kids in the orphanage (both able-bodied and special-needs kids).  He responds well to physical therapy, and in just a couple of months he progressed from simply lying on a mat to attempting to stand and taking small steps.

Multiple unrelated children can be adopted together.

ANJIE for the Cain family — KY
Scroll to top