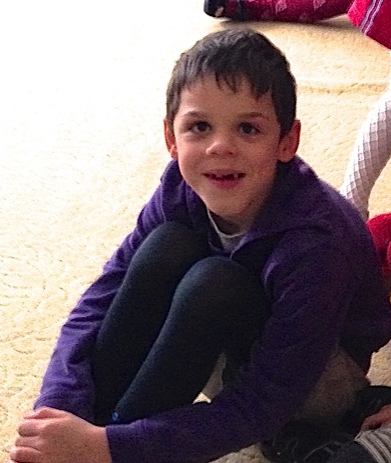 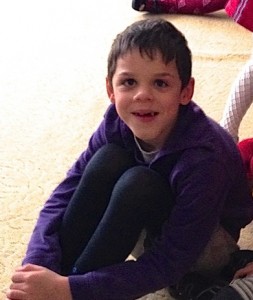 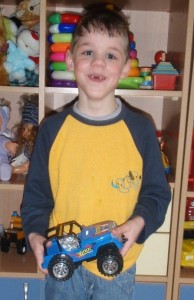 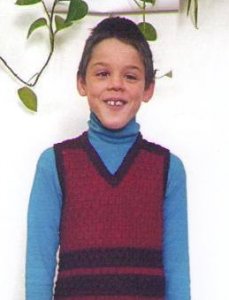 From a family who met him in late 2013:
Stephen was in Riley’s groupa.  We saw him a lot during our 7 weeks of visits.  He stood out because he’s 7 yo and taller than the other kids in his groupa of mostly 4-5 yo’s.  He is a SWEET, sweet boy.  He has a great smile with dimples.    He’s not overly active (not hyper).  Very obedient/cooperative and follows instructions and the flow of the groupa well.  An easy going kiddo.  He doesn’t seem to have very significant needs.  He functions very “typically”, maybe just mild delays.  One thing I’ll never forget about Stephen…  one time when we were invited to watch a performance the kids were putting on, we were one of the only people in the audience.  He stood there, singing and doing the body motions to the production just as well as could be.  He kept looking right at my husband and I like he was performing just for us.  He just seemed to love having someone be there for him and encourage him, and nod and smile and let him know he was doing a good job.  He was working so hard to do his best and he did so well!  It was sweet and sad all at the same time….knowing we weren’t his mama and papa and he didn’t have anyone there to give him that recognition forever, that he so appreciated.  He would make such a delightful son!  We would have brought him home too but were only homestudy approved for one boy.   He’s in a good orphanage that provides good care and services.  But who knows where he’ll be transferred to when they no longer have space for him (he’s already over age.)  I have pictures and video of him.  Such a kind, happy little boy….he needs a family!!! 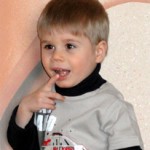