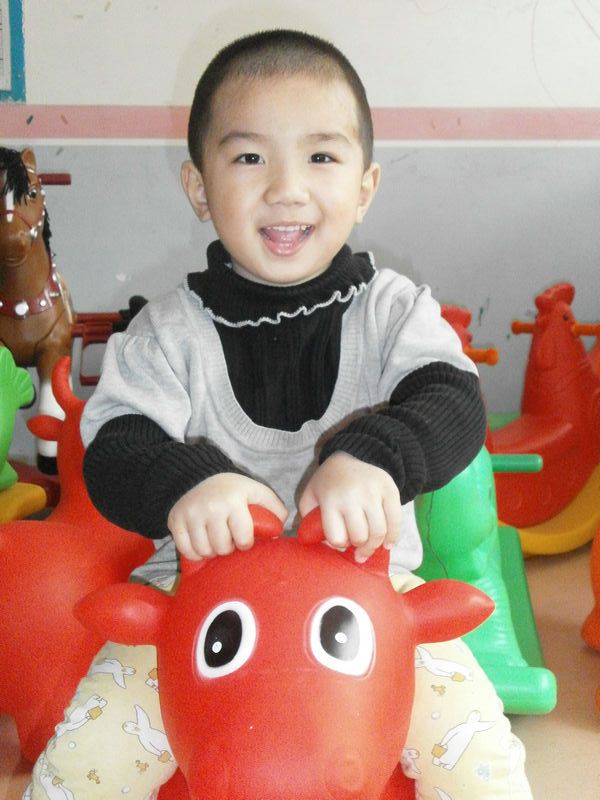 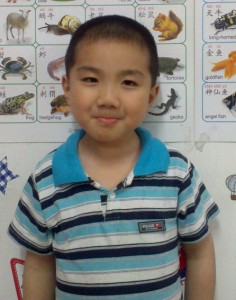 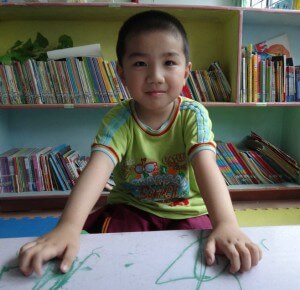 Zach had some new medical testing done and the results indicate that it may be likely that he has Progressive Muscular Dystrophy and not Cerebral Palsy.  A family should be prepared for that probable diagnosis.

From Zach’s host family (hosted December 2014)
Zach is a lovely 6-year-old boy and an absolute delight. He has a joyful and cheerful disposition, a sweet spirit, and an infectious smile. He is smart and resourceful in his interactions and playing. He enjoys playing with cars, dolls and animals, flying helicopters, and almost any mechanical objects. He enjoys playing pretend games, like pulling pretend luggage around the house and pretending to cook and serve us with play food, plates, cups, saucers, etc. He loves music and often sings as he goes about his day, and he’s been enjoying learning to play his new harmonica. He interacts well with other children: in our case with our 7- and 8-year-old daughters. He also has a good memory and surprised us by quickly learning things like where all of our dishes go and where we turn to get to our house. He has adapted so well to life in a family, and loves the bedtime rituals of bathing, brushing teeth, getting into his pajamas, and reading; but he also has an endearing habit of making sure the proper lights are turned off, doors are locked where they need to be, etc. He clearly is proud to show he can take on big-kid responsibilities. Zach has to work harder than most children to climb up steps and to get himself up off the floor. But he does navigate steps well, though he needs a boost at times getting into vans or other high places. In December, he was still able to walk normally, except that he has to be more careful than other kids in negotiating uneven surfaces, and steps. He doesn’t let this slow him down or limit his activities. On playgrounds, even with many unfamiliar children, he is not inhibited about climbing the equipment and riding down slides. He accepts help sometimes from us or from our children; other times he wants to show that he can do things alone even if it is harder for him. Zach can sometimes act like a much younger boy. He has a strong stubborn streak, which will sometimes manifest itself in a tantrum. Those tantrums did lessen over the weeks, however. He also enjoys being held, cuddled, and paid attention to and will come and say “Mama bao bao” when he wants to be picked up and carried. As our 7-year-old (without prompting from us) wrote in her journal, “Zach is the best boy I have ever met. He is cheerful and happy.” The medical evaluations we were able to do point to significant medical challenges ahead for Zach, and he will need a loving family to support him through those and ensure that he has the best care possible. Zach loves being a part of a family and will be a blessing and joy for whomever is lucky enough to adopt him.