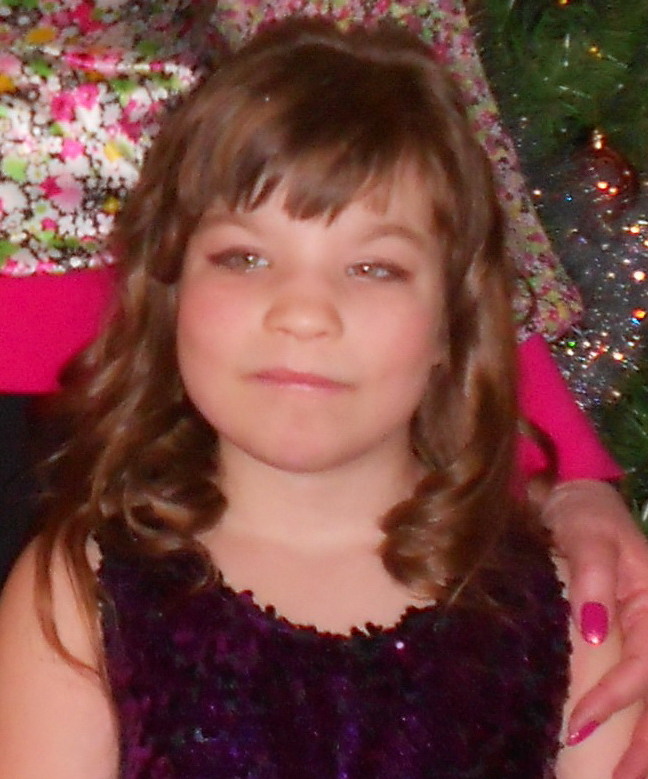 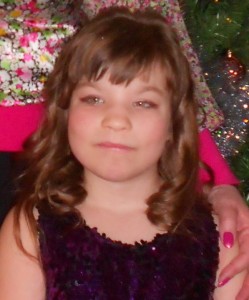 Girl, born 2006
Diagnoses:  depression, impulsive, attention deficit disorder
It is suspected she has FAS; she suffered meningitis in past.

Look at sweet Edith, all dolled up for the New Year’s party at her orphanage!

She has had a broken nose because when she lived in the family her mother’s boyfriend pushed her and she fell and broke the nose. Two foreign families have visited her but did not end up adopting her.

One of our adoptive families has met her, and has video of her for inquiring families. “Edith was was much in need of one on one attention but did not even know how to be held. She was whiney, but very willing to share her chocolate with anyone and everyone.  Edith played with the other girls and was sociable. You could tell, however, that she was emotionally somewhat fragile. She would do really well, in my opinion, as the youngest or only child (or in a family where the other children are grown).   She really needs an experienced adoptive family who can give her lots of one on one attention and help build her trust in humanity back”.

PRISCILLA for the Einfeld family — WA Scroll to top