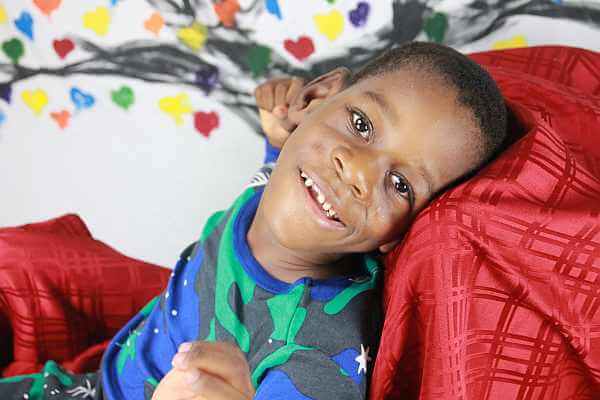 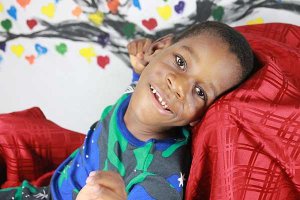 Zeke cannot sit and generally has very little control of his head, although he will lift it up occasionally. His overall muscle tone is low, but this has improved with therapy. Zeke cannot yet roll over, but can often be seen wiggling around and trying to accomplish this – if he can figure out what to do with his arm, he will be fine! Ezechiel is non-verbal, but expresses himself through happy noises or crying. He will likely require ongoing care his whole life. 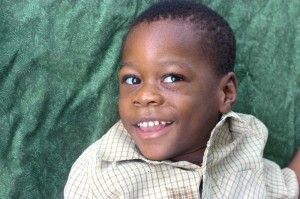 From someone who works with him:  Zeke is such a happy little guy. He loves to sit outside and watch the leaves blow in the wind. His eyes light up each time he is given attention. He loves to be held and even more loves to be tickled. Zeke has the cutest little dimples and a beautiful smile that can melt any ones heart! He is always in a good mood and very rarely cries. Even though his name was given to him recently, he already response to it!  Zeke is a picky little guy and often requires special meals made for him as he doesn’t like what the other kids are having. He has only been here with us a short time, but has already touched many people’s lives. He is such a joy to be around and is loved dearly by his nannies, volunteers, and the other children!

Zeke has very little control of his muscles. We are hopeful that with the right therapy he will improve in these areas.

Update Feb 2018: Getting to know Zeke is like unlocking a vault of hidden treasures. We have learned that he was picky about his food because even though he can chew, it’s a lot of work for him and he didn’t like having to put that much effort into every meal. Now when his food is blended he’ll eat pretty much anything! We had been figuring out what he wants by facial expressions and body language but his new special education teacher made him a board with yes/no buttons to press. He’s not always in the mood for it, but much of the time he can communicate well with this tool. It takes a lot of effort and concentration but he does have control of the movements in his right hand. We’ve also learned that in all his time in school over the years he has learned his letters and numbers. We are excited to see how he can continue to progress! With his board he has told us he doesn’t like his physical therapists because they make him work hard, but I think he knows it is helping him because he still goes without fussing.

BEATRICE and SAWYER for the Tannehill family — WA
Scroll to top