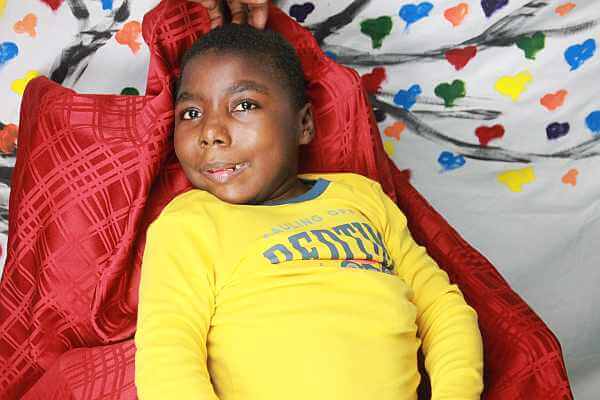 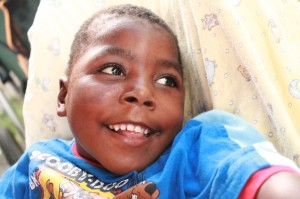 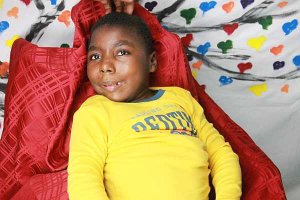 From someone who works with him:
Resiliency only begins to describe Peter! This young boy has gone through so much medically, yet still finds the strength to smile through it all. No matter what, rubbing his head will produce a sweet smile of pure contentment and a look of peace in his eyes! Peter certainly has faced more than his share of medical challenges these past months. For quite some time, he was experiencing both scalp and skin issues that were resistant to seemingly all conventional treatments. After a long course of steroids and special mixtures of creams, Peter has finally experienced some relief and his skin is in the process of healing. While he has a history of seizures and is positive for sickle cell, both of those conditions are wonderfully under control with daily medications. Peter enjoys receiving special care and attention and really responds well to being able to attach to certain people he can trust.

Update Jan 2015:  Peter has lived with us for the past several years. He has cerebral palsy and sickle cell anemia. He cannot sit independently, but he can hold his head up in his chair or during tummy time. He has a skin condition called, “kerion,” but this is usually fairly well controlled with special creams and shampoos. He has frequent muscle spasms and is on medication for seizures. In the past several months, we have seen Peter learn to express himself more, and are seeing more of his adorable smile! Peter recently had a g-tube placed and is now getting fed through this. He can also eat soft foods by mouth and these are offered to him regularly. Peter enjoys receiving special care and attention and really responds well to being able to attach to certain people he can trust. His favorite nanny tells us that he calls her, “grandma”.

Update Feb 2018: “Peter” is so alert and aware of everything going on around him. He is great at visual tracking and watches everyone carefully. He’s also starting to use eye gaze to communicate between choices and his new special education teacher has learned through this method that he knows his letters and numbers. He can’t control his movements well but can sometimes communicate on the yes/no board using eye gaze. Even though he is one of the oldest boys in the house, he still enjoys some cuddle time and will really relax if we hold him in the right position. 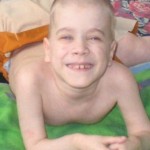 MAXIM O for the Kacirek family —
Scroll to top